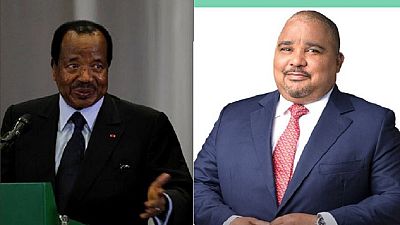 The Social Democratic Front (SDF), Cameroon’s main opposition party has officially filed the candidacy of its flagbearer for presidential polls slated for October 7, 2018.

Local media reports that a mammoth crowd accompanied 49-year-old Joshua Osih Nabangi on Wednesday (July 18) as he submitted his papers at the Elections Cameroon (ELECAM) regional offices in Douala.

Osih, the main challenger to long-serving Paul Biya was accompanied by SDF founder and former flagbearer, John Fru Ndi. A number of candidates are also expected to enter the race before submission deadline.

Cameroonians have suffered enough, many have died. We will wipe their tears and put an end to the people's sufferings...taking part in this election is a step ahead for victory

Speaking to the media after his submission, Osih stressed that even though the number of candidates in the October 7 race may be lesser than that of 2011, it was the reason why this election was “significant” in Cameroon’s political history.

“We will mobilise to ensure victory to improve the people’s living standards …our doors are open to those ready to see us through this journey,” Osih declared. Osih, who hails from the Toko Subdivision in Ndian Division of the South West Region is a first-timer in the presidential race.

For his part, SDF leader and veteran opposition leader Fru Ndi told reporters that Osih and the SDF remained the only sure path to salvage the Central African country.

“Cameroonians have suffered enough, many have died. We will wipe their tears and put an end to the people’s sufferings…taking part in this election is a step ahead for victory,” he is quoted to have said.