Kenya to prosecute county governor, nine others in graft case 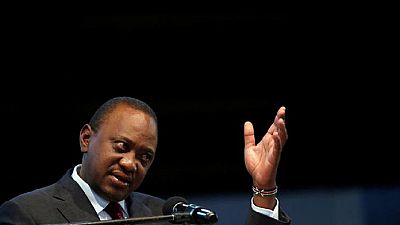 Kenya’s top prosecutor on Tuesday ordered that a county governor face charges including abuse of office and conspiracy to steal public funds, the latest move in the country’s anti-graft campaign.

Noordin Mohamed Haji said evidence presented by the national anti-corruption agency was enough to prosecute Sospeter Ojaamong, the governor of Busia County, and nine other officials accused of helping him to steal millions of Kenyan shillings in public funds.

The prosecutor said in a statement he had instructed the Ethics and Anti-Corruption Commission (EACC) to arrest all of the suspects and have them brought before court.

Upon independent review of the file, I am satisfied that there is sufficient evidence to warrant prosecution.

As with some other scandals involving alleged corruption by government officials, the case is based on evidence of suspicious procurement practices for a public works project that was never completed. The project in Busia involved a solid waste management system.

Ojaamong and his accomplices are to be charged with conspiracy to commit economic crime, engaging in a project without proper planning, abuse of office, and wilful failure to comply with the law relating to management of funds.

“Upon independent review of the file, I am satisfied that there is sufficient evidence to warrant prosecution…,” reads the communication from the DPP.

The government led by President Uhuru Kenyatta, who was re-elected last year, has said it is undertaking a renewed push to tackle graft.

The charging of dozens of civil servants and business people over the past two months suggested an attempt to fight corruption through prosecution, but the country’s track record on that front is poor.

Kenyan media have reported on more than a dozen corruption scandals involving state agencies and officials since Kenyatta took power, but there have been no convictions of high profile figures, according to a Reuters review of the cases.