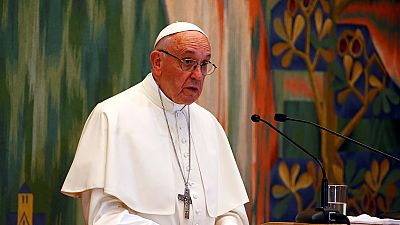 The African Union (AU) has endorsed the decision by Ethiopian and Eritrean leaders to proceed in a new direction by overcoming two decades of stalemate.

A high-level Eritrean delegation arrived in the Ethiopian capital Addis Ababa last week for the first time since the two nations fought in 1998 over their disputed border, with diplomatic relations broken off ever since.

Ethiopia’s premier Abiy Ahmed said last month he would honour all the terms of a peace deal, suggesting he might be ready to settle the border dispute.

We are heartened by the strides made by the leadership of Eritrea and Ethiopia toward the normalisation of relations.

“We are heartened by the strides made by the leadership of Eritrea and Ethiopia toward the normalisation of relations,” said Paul Kagame, current Chairperson of AU, and President of Rwanda.

He was speaking at the opening of the 31st Ordinary Session of the Assembly of Heads of State and Government of the African Union in Mauritania, on Sunday.

“You have the African Union’s unwavering support,” he noted.

In the same vein, the leader of the Catholic church worldwide, Pope Francis hailed the ‘good news’ that Ethiopia and Eritrea are willing to discuss peace.

The pope told the Catholic faithful gathered in St. Peter’s Square on Sunday that “in the midst of so many conflicts, it’s dutiful to point out an initiative that can be called historic.”

He added that having the governments “speak together of peace” after 20 years would “turn on a light of hope for these two countries in the Horn of Africa and for the entire African continent.”

The border war killed some 80,000 people and the sides remain at odds over the status of the frontier town of Badme. The border remains militarised.

Ethiopia’s foreign minister said Thursday that the leaders of the two countries would meet soon.