Peak performers in their field

Competitors come in many forms, some are teams going toe-to-toe on a playing field whilst others pit their skills in digital arenas. Then there are those with no opponents, challenging themselves, and the status quo, in musical concert halls.

Although their stadia may differ, these performers share the common goal of striving to be the best, and in this week’s show Inspire meets individuals at the peak of their careers and personal journeys.

Saudi Arabia continues to undergo a social and cultural transformation. Most recently, women have been permitted to drive cars and musicians to perform in public spaces for the first time in decades. The conservative kingdom is witnessing what some are calling a ‘cultural revolution’, with one musical debut of note having taken place in Dhahran city within the King Abdulaziz Centre for World Culture. 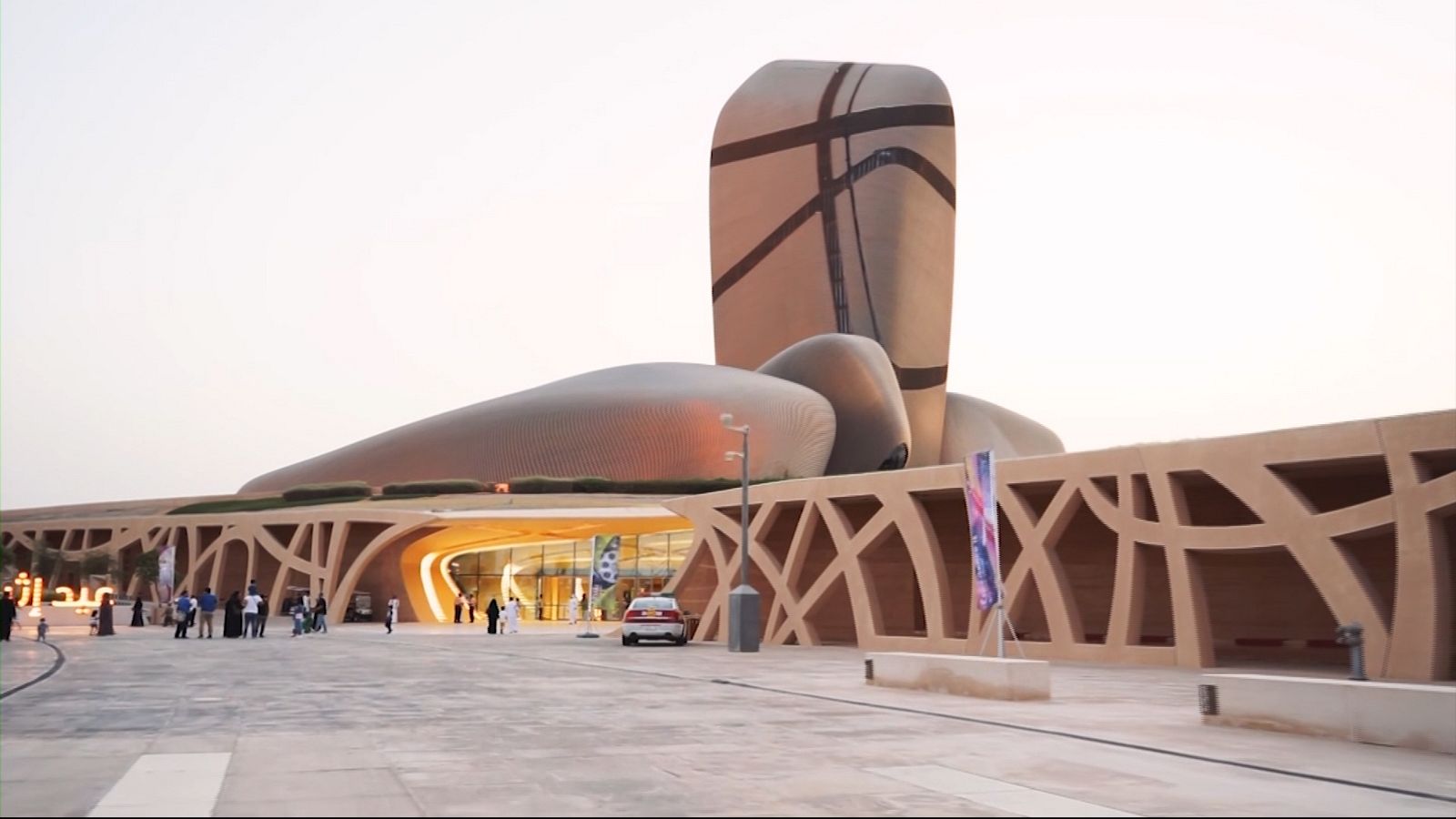 For its grand opening this month, the Ithra theatre welcomed the world-class, centuries-old Mariinsky Orchestra from Russia – much to the delight of hundreds of Saudi nationals.

The theatre can hold one thousand people and it plans to host around thirty shows each year, in a bid to attract up to 500,000 local and international visitors.

An unlikely guest at Ithra’s orchestral premiere was the rock performer Lamya Nasser, who once headlined Saudi’s first all-girl-rock-band, Accolade. Their hit single Pinocchio was popular in Saudi’s underground music scene in 2008, yet to Lamya’s dismay the song was never performed live on stage.

“It is a challenge as a Saudi female that I never sang in public,” she says. 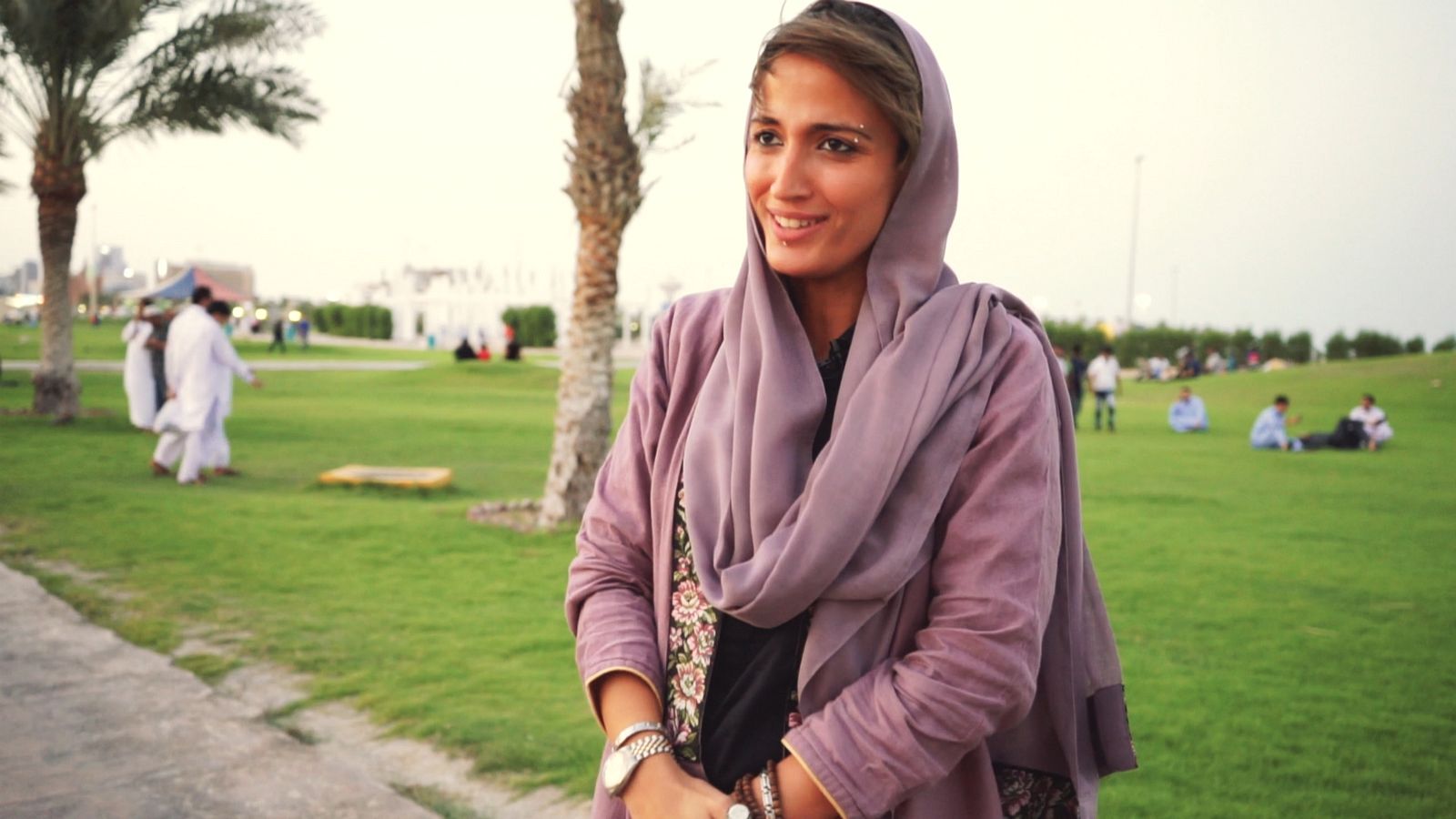 In recent years the performer has joined forces with the Saudi band, Wolfram, and she has a burning ambition to sing their new album before a crowd in the coming six months.

Video gaming may not yet appear as a university degree course option, but some young adults have already established careers as professional gamers with lucrative pay-packets.

Uzayr Marria is an example of a child gamer-turned e-Sport – or electronic sports – athlete. The UAE-based British national, who is also currently studying for a marketing degree, has earned himself up to USD$18,000 from winning a single competition.

At 20-years-old, the six-year e-sports professional began his gaming career at the age of fourteen. As with any sport, to be at the top of his game Uzayr’s daily training routine has, at times, been intense. 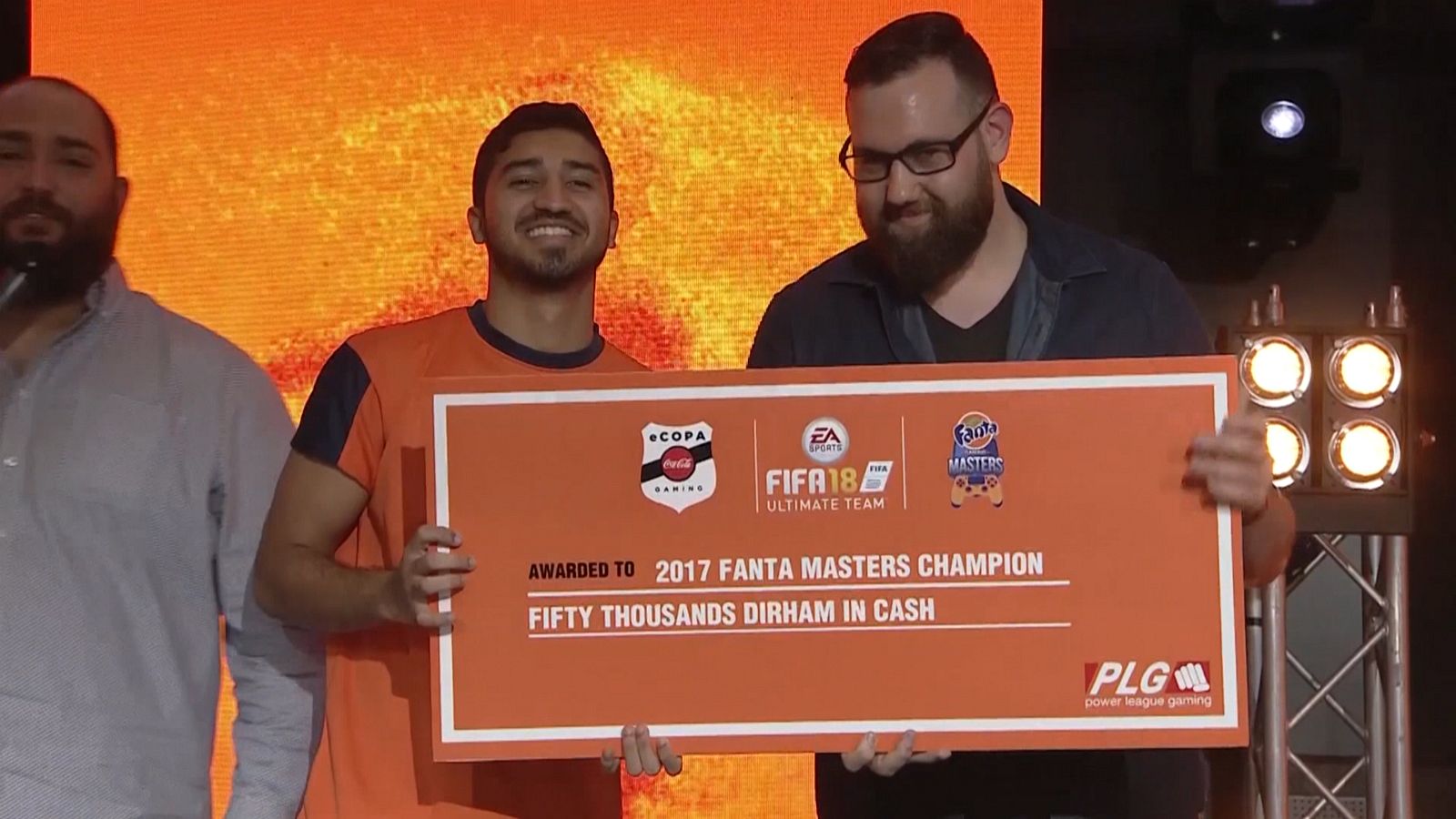 “When I was younger I used to clock around twelve to thirteen hours,” he says.

Uzayr’s video game of choice is football, but that is only one category on the e-Sports spectrum which also includes martial arts fighting games and what are known as ‘first-person shooters’.

Uzayr is one of 35 members of the Nasr e-Sports club in the United Arab Emirates. Given that the players have contracts and travel internationally to compete against thousands of other enthusiasts in large-scale events, many members have long been calling for the sport to be given professional status.
Moreover, the popularity of the genre is growing in the Middle East, with the region having produced some of the world’s top competitors. In digital football, for example, Abdul Aziz Al Shehri from Saudi Arabia won the 2015 FIFA Interactive World Cup. 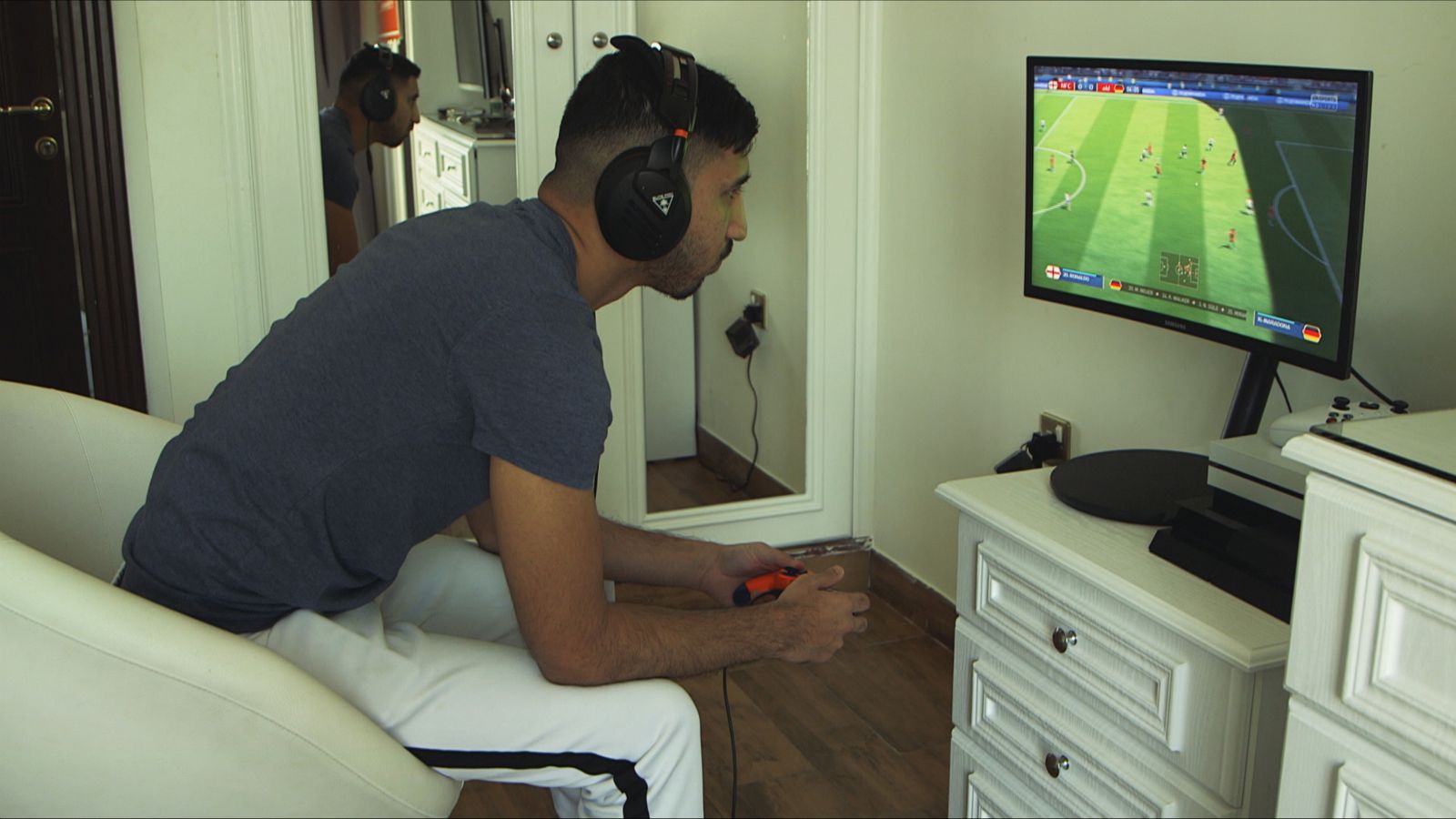 A beacon of hope for global gamers is that The International Olympic Committee last year announced that e-Sports may one day be classified as a sporting activity, adding that further regulation and conditions would need to apply. And in true sporting spirit, the IOC tested video gamers in tournaments at exhibitions ahead of the 2018 Winter Olympics which were held in South Korea in February.

MENA FANS WITH CLEAR GOALS FOR THE WORLD CUP:

Football fever is in full swing this year as millions in the Middle East and North Africa have thronged together to celebrate the 2018 FIFA World Cup.
An estimated 3.2 billion watched the event back in 2014 according to FIFA, and this year the numbers of spectators is forecast to exceed that.
For the first time in the tournament’s 88-year history, four Arab countries – comprising of Saudi Arabia, Egypt, Morocco and Tunisia – joined the list of 32 competing nations.

“I am 51-years-old and saw Egypt in the World Cup only once before,” says Egyptian super-fan Adel Erian, “I thank God that I saw it another time.” 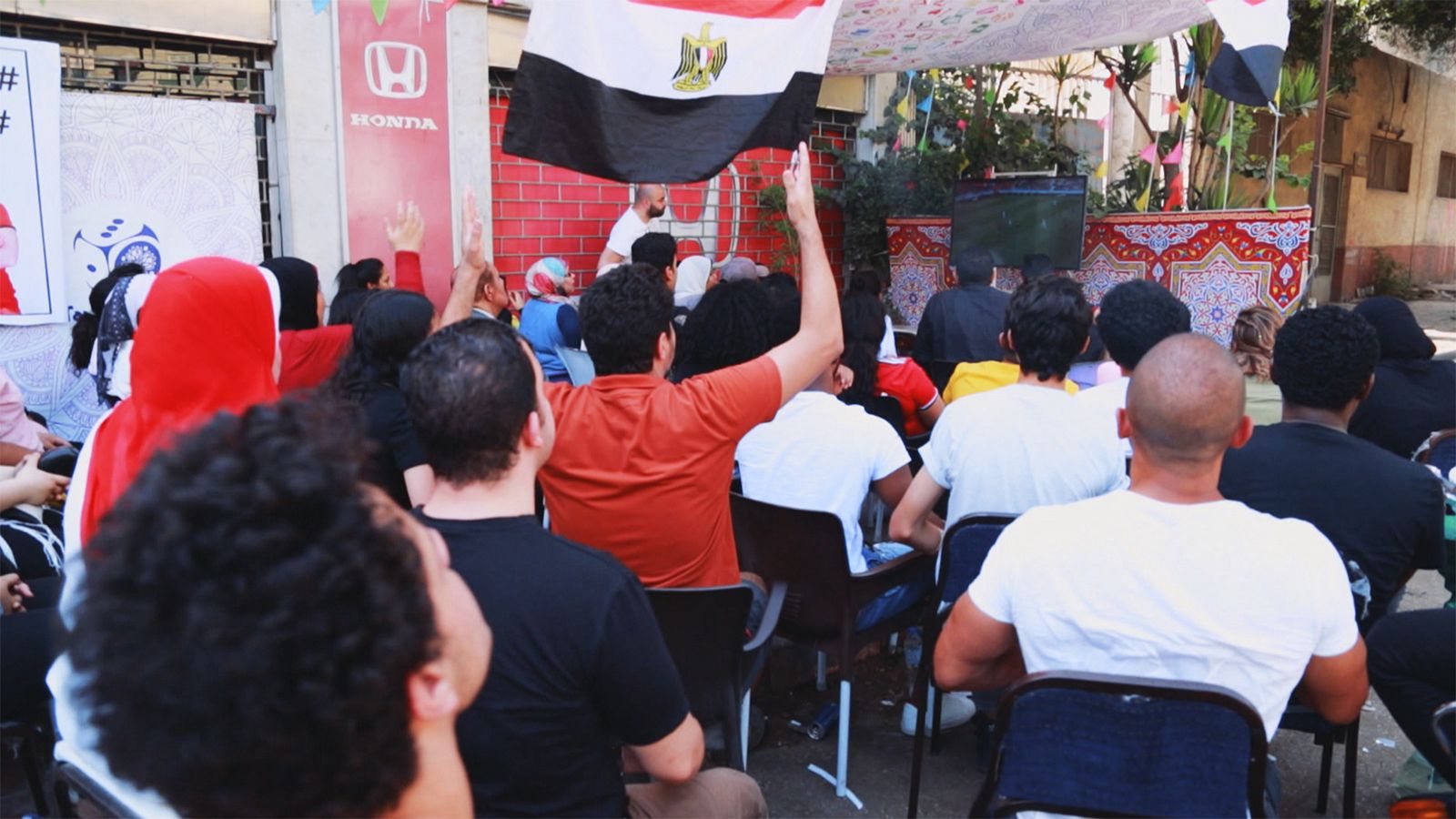 Some young football fans from the region are not only cheering for their home teams but also hoping that one day they might be playing on the hallowed World Cup pitches.
In the UAE alone, there are more than six youth academies affiliated with top European football clubs, including Spain’s La Liga Academy in Dubai.

The school trains teenage boys from 12-18-years-of-age, and five graduate players have successfully earned trials with clubs such including Malaga, Cadiz and Almeria.

Close to earning his first professional contract with a Spanish club is 18-year-old Jordanian, Ahmed Salam. After two foreign trips with the La Liga squad, the talented teen is now on the radar of Malaga to potentially play as a right-winger for its youth squad. 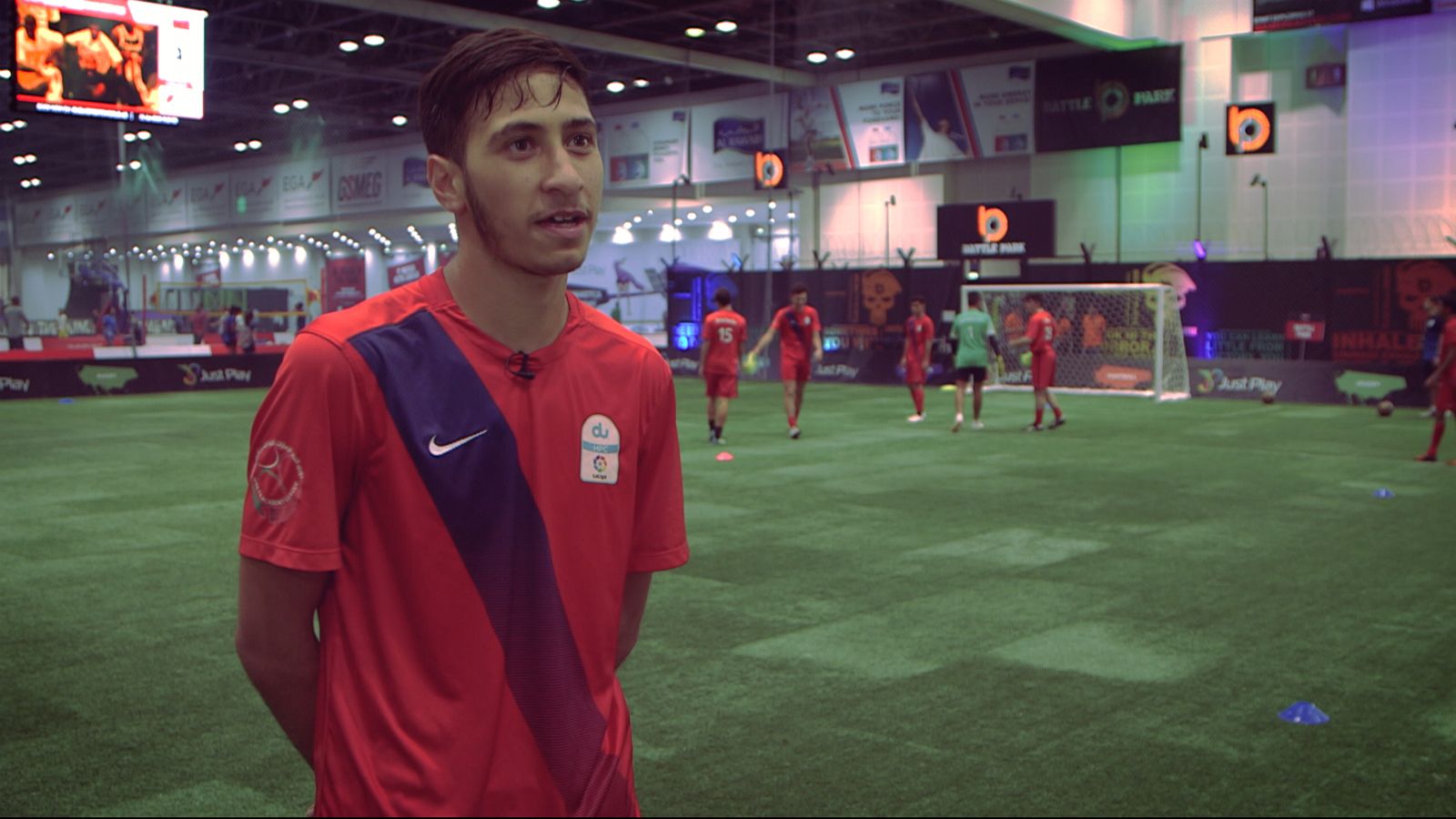 “The level there was incredible – like totally different,” said Ahmed, whose burning desire is to one day play professionally for Valencia.

After a long week at work, Rym from Algeria put on her VR headset and stepped inside the gaming world with some friends in the UAE.

Rozan from Saudi Arabia was inspired by the architecture of the Ithra theatre in Saudi Arabia’s King Abdulaziz Centre for World Culture.

And, Iranian football fan Tara was on the ground in Russia to celebrate her country’s qualification for the FIFA World Cup.

Even though we didn’t win, it was such an amazing feeling to go and support my country, they gave it their all today and played so well I’m so proud of how far they’ve come and for making it this far ❤️ Also it was lit bruh us Iranian’s know how to have fun #kazan #iran #teammelli #worldcup