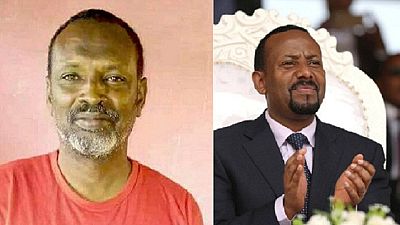 Abdikarim Muse’s arrest and subsequent repatriation from Somalia to Ethiopia in August last year sparked an international outcry as it was feared the government would torture and humiliate him, having described ONLF as a terrorist organization and by extension, its members as terrorists.

Reformist Abiy calls out to ‘opponents’

Ethiopia’s new prime minister, Abiy Ahmed, who has championed political and economic reforms since taking office in April, has called on all previously banned political movements to give up rebellion and engage with the current government peacefully.

In a recent speech to legislators, Abiy said the country can only benefit from peace but not war, and called on Patriotic Ginbot 7 (PG7), the Oromo Liberation Front (OLF) and the Ogaden National Liberation Front (ONLF) to give up arms.

PG7 has since heeded the call and announced its intentions to return to Ethiopia and pursue a peaceful struggle.

The government of Ethiopia announced that extraction of oil would take off this week in the Ogaden region.