A cholera epidemic has claimed lives in the Democratic Republic of Congo.

In one week, 13 new deaths were recorded in Mbujimayi, the largest town in Kasai Oriental.

“For over a week, our province has been facing a disease characterized by diarrhoea and vomiting.  Samples were taken and sent to major laboratories in Kinshasa to determine the cause. The laboratory has just confirmed that it is cholera,” said Alphonse Ngoyi Kasanji, Governor of Kasai-Oriental Province.

The cases are mainly recorded at the Christ Roi hospital located in the municipality of Bipemba.

In addition to the lack of sanitary infrastructures, there are the difficulties of access to drinking water. That is the case at the General Hospital of Dipumba where another care unit is located and where there are dozens of patients.

This has forced the residents to resort to fetching water muddy in containers, while some able-bodied youth have taken on a daily task of traveling far to fetch clean water in jerrycans. At the moment, they have only one source outside town.

“I fetched (this) water from the outskirts of town.  Our water board no longer provides water, ” said Lebon Mbiya, a water vendor.

“Many neighbourhoods in the town do not have water supply. We are here to help them. With this cholera epidemic, it is not good for people to drink the water from our rivers which are all dirty.”

At La Muya hospital, another major treatment unit, non-profit organisation Doctors Without Borders admits that it is no longer able to cope on its own with the many disease outbreaks affecting the population.

Health personnel and the population of this community blame Mbujimayi’s central prison, which is dumping its waste in the open air; creative a favourable ground for diseases such as the recent Ebola epidemic. 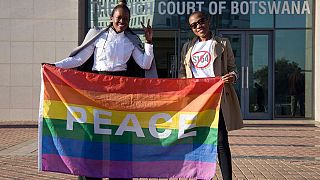