South Sudan’s armed opposition leader Riek Machar said on Wednesday that he would be “happy” to meet with his bitter rival President Salva Kiir, but denied knowledge of planned talks in Khartoum.

According to a statement issued by the opposition, Machar would “for the sake of peace” be “more than happy” to meet with Kiir.

Sudanese President Omar al-Bashir this week offered to host a meeting between the warring parties as regional leaders seek an end to the more than four-year civil war in South Sudan which has resisted numerous peace efforts.

“(It) has not received any official communication regarding the venue of any prospective ‘face-to-face’ meeting between President Salva Kiir and Dr. Riek Machar,” spokesman Mabior Garang Mabior said in a statement.

The new location for talks between Kiir and Machar came from the latest meeting held between President Kiir and a high-level Sudanese delegation, which visited the capital, Juba.

“As part of the IGAD efforts to revive the peace process in South Sudan, President Bashir has launched an initiative to bring together his two brothers, Salva Kiir and Dr. Riek Machar, in Khartoum soon,” said Al-Dirdiri Mohamed Ahmed, Sudan’s foreign minister.

Bashir’s offer comes after yet another round of peace talks organised by the regional Intergovernmental Authority on Development (IGAD) group failed to make headway in Addis Ababa last month.

Kenyan veteran politician, Raila Odinga has merged as a likely mediator for the face-to-face meeting which is scheduled to happen before the July 1 African Union Summit in Mauritania. Odinga met president Kiir two weeks ago and is expected to meet Machar in South Africa this week.

Kiir’s government has already welcomed IGAD’s call for a face-to-face meeting between Kiir and Machar.

The meeting will seek to resolve differences that have held back the revival of the 2015 peace deal.

South Sudan descended into civil war in late 2013, and the conflict has created one of the fastest growing refugee crises in the world. The UN estimates that about 4 million South Sudanese have been displaced internally and externally, the conflict has also left around 10,000 dead.

An IGAD broker peace deal signed in August 2015 between the rival leaders under UN pressures led to the establishment of a transitional unity government, but was shattered by renewed fighting in July 2016.

President Kiir and rebel leader Machar last meet in July 2016 when the violence erupted at the presidential palace, forcing Machar to flee the country. 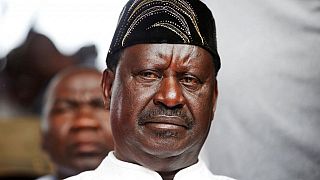 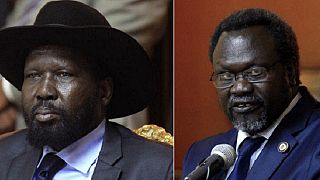 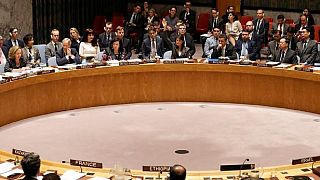