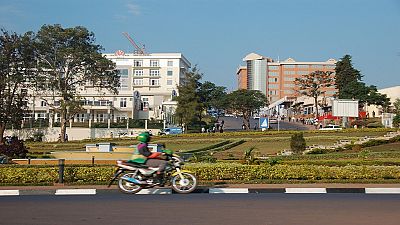 Others are Stanislas Mujyambere the district division manager as well as Raymond Kamanzi the district executive secretary.

They are accused of illegally awarding public procurement contracts and embezzling public funds. Those are crimes which were committed since 2013 to date.

The development was confirmed to Rwandan local news portal The New Times on Wednesday morning by Modeste Mbabazi, RIB spokesperson who revealed that the crimes were committed from 2013.

“They are accused of illegally awarding public procurement contracts and embezzling public funds. Those are crimes which were committed since 2013 to date,” he said in a phone interview.

Mbabazi said the accused are currently detained at the RIB station at Rusarabuye, adding that they were detained Tuesday following preliminary investigations.

He however pointed out that investigations are still ongoing and also concerns Florence Uwambajemariya, the district mayor who also served in the last term as vice mayor in charge of social affairs.

On Monday, Burera District officials had appeared before the Public Accounts Committee (PAC) of parliament where lawmakers raised a red flag over a tender that was awarded to a contractor who had quoted abnormally low prices for assorted stationary materials.

On probing further, it was established that the same contractor had over priced other items which he supplied and those that had been under-priced were eventually never supplied.

According to available information, the contractor deliberately, and acting on inside information, quoted low prices well knowing that these items would not be needed by the district, while those that were over-priced were the ones that were needed and which he later supplied.

Mbabazi explained that this saga lies behind other reasons which pushed RIB to open an investigation that should bring to more officials arrest.