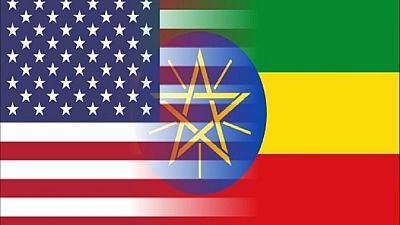 <p>On the occasion of Ethiopia’s National Day, the United States has restated its support for the current government led by Prime Minister Abiy Ahmed Ali. </p> <p>Washington said it was committed to helping Addis Ababa in the area of sustainable development, democracy, human rights, peace and good governance.</p> <p>In a statement released by Secretary of State Mike Pompeo, the Department of State stressed that Premier Abiy had their unalloyed support in his bid to ring governance changes promised by the ruling coalition.</p> <h3> Full text of U.S. Department of State press statement </h3> <p>On behalf of President Trump and the people of the United States, I send my best wishes to all Ethiopians as they celebrate their National Day on May 28.</p> <p>The United States and Ethiopia share a long and deep friendship based on our commitment to sustainable development, democracy, human rights, peace, and good governance, as well as on our important and influential population of Ethiopian-Americans, who contribute so much to our own country.</p> <p>Congratulations to your new Prime Minister, Dr. Abiy Ahmed, who has our full support in his determination to bring greater political openness to Ethiopia and to continue the great economic gains made in recent years. I offer best wishes for a joyous and safe holiday, and I reaffirm the commitment of the United States to our enduring friendship.</p> <h3> <a href="http://www.africanews.com/2017/05/29/ethiopia-gets-global-felicitations-on-its-26th-national-day/?jh" target="_blank">Ethiopia gets global felicitations on its 26th National Day</a> </h3> <h3> Abiy’s Premiership and task of political reforms </h3> <p>Abiy was sworn into office on April 2 this year, taking over from Hailemariam Desalegn who resigned to allow political reforms to be undertaken after close to three years of deadly anti-government protests across the Oromia and Amhara regional states.</p> <p>The ruling Ethiopia Peoples’ Revolutionary Democratic Front (<span class="caps">EPRDF</span>) announced reforms in January 2018. The coalition said the reforms were to help foster national unity and open up the democratic space.</p> <p>Hundreds of people – including top opposition chiefs and journalists – have been released after the government dropped charges against them. Abiy is tasked with continuing with reforms as the country heads to its next polls in 2020.</p> <p>The government recently started formal talks with an exiled opposition party, the Oromo Democratic Front (<span class="caps">ODF</span>). Leaders of the party last week returned to the country for further talks and as they put it, to engage in peaceful struggle.</p> <h3> 27th anniversary of Ethiopia national day </h3> <p>Ethiopia is on record as the only African country that successfully fended off colonial rule. But it celebrates every May 28 as its National Day. This year marks the 27th anniversary of the day which started in 1991.</p> <p>The day is a major holiday in the country commemorating the fall of the regime of its dictatorial Derg group. The Derg or Dergue is the short name of the Coordinating Committee of the Armed Forces, Police, and Territorial Army that ruled Ethiopia from 1974 till 1991. </p> <p>The day was previously referred to as the Downfall of the Derg day and is commemorated at home and abroad. The Ethiopian government has always received felicitations from governments around the world on the occasion. </p> <p>Derg came to power in 1974 after ousting Haile Selassie, the last Ethiopian Emperor. The Emperor had ruled between 1930 till 1974 when he was ousted, the kingdom was officially dismissed in May 1975 and the emperor died three months later.</p>