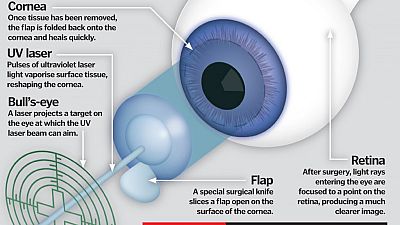 The Hospital top official, Prof Aydin Yildirim told the local news outlet on Saturday that the hospital introduced the modern service since June, 2017.

He said the surgery is conducted to patients who are at least 20 years old.

He said that with a new system, specialists will be able to conduct surgeries more than five patients a day.

“LASIK is the best method worldwide for the treatment of eye diseases such as astigmatism, myopia and hyperopia.

There are over 30 million people who have undergone LASIK surgery throughout the world in the last 30 years,” he said.

On his part the Hospital Supervisor, Mr Adam Mwatima said the introduction of the service in the country will help people to save money and time.

He said many Tanzanians were travelling abroad to seek the service.