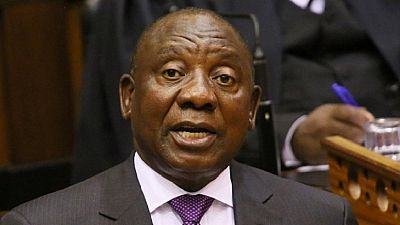 South Africa’s national government is taking over the running of its troubled North West province, the National Council of Provinces (NCOP) said on Sunday.

Last month President Cyril Ramaphosa cut short a visit to a Commonwealth summit in Britain to travel to the province in an effort to calm tensions after crowd protests over poor public services.

Mahumapelo, a key political ally of former president Jacob Zuma, has since gone on a leave of absence.

Ramaphosa, who replaced scandal-plagued Zuma in February, has vowed to tackle governance issues and root out corruption in Africa’s most industrialised economy.

The Sunday Times newspaper said that the North West move is the first time the national government has taken control of an entire provincial administration.

The NCOP said in a statement that Ramaphosa had notified it that the cabinet had decide to invoke the constitutional clause allowing the national government to take the reins of provincial administration.

“When a province cannot or does not fulfil an executive obligation in terms of the constitution or legislation, the national executive may intervene by taking any appropriate steps to ensure fulfilment,” it said.