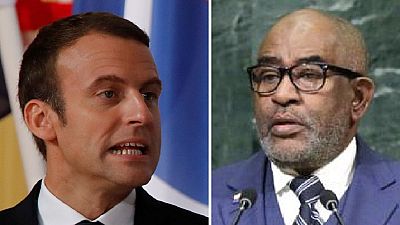 The Indian Ocean state of Comoros hit back against France last Wednesday for suspending visas for its citizens, a further escalation in a diplomatic row linked to immigration and territorial disputes.

But Mayotte is a former French colony that voted against independence in referenda in 1974 and 1976. It stayed French, with a status allowing legal differences from the mainland. In March 2009, Mayotte’s people voted overwhelmingly to become a full-fledged part of France.

We refuse to kneel in front of France and we will continue because even if France has power, we have the right on our side.

The ties with mainland France have kept Mayotte richer and more stable than coup-prone Comoros, and many Comorians try to immigrate to Mayotte, which has begun deporting some of them.

The French embassy in Moroni, the capital of Comoros, decided on May 4 to suspend issuing visas to all Comorian nationals. It had earlier suspended visas for officials and services, after the Comorian government refused to receive, in its three islands, Comorians deported from Mayotte.

The decision on visas “gives a clear answer to people who have been fooling themselves by saying that France was a friendly country. It has no friends. It defends its interests,” Comoros Foreign Affairs Minister Souef Mohamed El-Amine told the local newspaper Alwatwan.

“We refuse to kneel in front of France and we will continue because even if France has power, we have the right on our side,” Amine said.

A protest is planned for Thursday in Mayotte over planned deportations of Comorians. Earlier this year, residents of Mayotte also protested about increased insecurity on the island, blaming it on people coming from non-French Comorian islands.

A decision taken by the Comorian government not to receive any boat or aircraft from Mayotte with deported Comorian citizens remains in force, Amine said.

“Comorian sovereignty on this Island, still under French domination, is not negotiable,” he said.