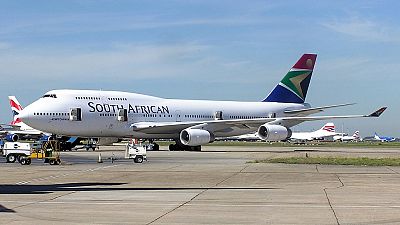 SAA has not generated a profit since 2011 and has already received state guarantees totalling nearly 20 billion rand. It needs the money to help pay debts and prop up the business as it implements a turnaround plan.

The first priority for me is job preservation, how do you find alternative jobs for people as a starting point before you go into the hard issues of retrenchments.

“Government has committed to inject another 5 billion rand into SAA. Part of that 5 billion rand we will repay some of the creditors, suppliers, then the balance will support us for working capital until around October/November,” Jarana told Reuters in an interview.

The Treasury said it would follow its normal budgetary process, which entails seeking cabinet approval.

“The outcome of this process is expected to be finalised in time for the 2018 MTBPS (Medium Term Budget Policy Statement),” the Treasury said.

The MTBPS is usually presented to parliament in October.

Jarana said that while waiting for the funds, the company would negotiate for some breathing space with lenders.

“If Treasury needs a certain period of time to do this, lets say up to September, between now and then, we are negotiating with lenders to give us a bridging facility on the back of that commitment,” he said.

SAA is regularly cited by ratings agencies as a drain on the government purse, but the Treasury is hopeful that new executive leadership led by Jarana, a former executive at telecoms company Vodacom, would return the airline to profitability.

The government has said that SAA needs an equity partner to pump money into the company to address its liquidity crisis and to help with the implementation of a turnaround plan.

The airline was looking at several measures to cut costs and Jurana said reducing the current workforce of about 10,000 people was “inevitable”.

“Whether it’s pilots, cabin crew, administration, we are going to rationalise the workforce. It’s an unavoidable thing. We have been talking to trade unions about how we work together,” Jarana said.

“The first priority for me is job preservation, how do you find alternative jobs for people as a starting point before you go into the hard issues of retrenchments.”

Jarana said the company hopes to break even in three years time and “there onwards, everything else equal, it will be able to start paying for its own operations in terms of positive cash flows.”