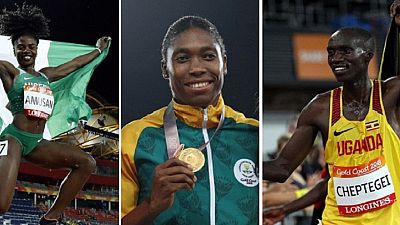 Organisers have urged athletes in Australia for the Commonwealth Games to respect the terms of their entry visas following the disappearance of at least 13 African athletes.

The missing athletes are from Cameroon, Uganda and Sierra Leone while Rwanda has reported that its powerlifting coach is missing.

The accreditation to major multi-sports Games acts as a short-term visa to the host country and more than 100 athletes overstayed after the 2000 Sydney Olympics.

Commonwealth Games organising committee chairman Peter Beattie said they had worked hard with the Australian government on the entry system and he “encouraged” the 6,000 visiting athletes and officials not to breach the terms of their visas.

She had already won the 1,500m women’s final and broken another Games record by clocking 4:00.71 seconds.

South Africa is the hightest ranking African nations on the medal table with a total of 35 medals, followed by Nigeria with 18 medals and Uganda with 5 medals.

‘Missing athletes’ is not a new trend

Illegal immigration is a highly contentious political issue in Australia and Peter Dutton, the country’s Home Affairs Minister, issued a warning to athletes in January that they would be deported if they overstayed.

“It happens at every Games and it’s not a surprise,” Beattie added. “There are mechanisms in place and they haven’t breached their visas. If there is a breach then Peter Dutton and his department will deal with it.

At the 2006 Commonwealth Games in Melbourne, more than 40 athletes and officials went missing, overstayed, or sought asylum, while the Manchester 2002 Games registered 26 missing athletes.

Athletes have gone missing at the Olympics too, with 21 missing from during London 2012 while 82 athletes, coaches and delegates filed for asylum during the same games. 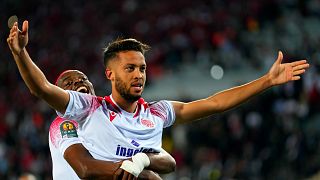