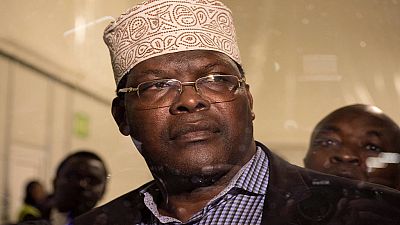 Kenya’s high court has directed that the deported lawyer, Miguna Miguna be allowed back into the country to face his accuser in person.

The court through its judge Justice Chacha Mwita said Miguna must physically be present in court on May 18 to give oral evidence against a petition accusing the Kenyan government for stripping off his citizenship.

“I expect Miguna to be in court on the next hearing which will proceed by way of oral evidence,” said Chacha.

The controversial lawyer was flown back to Canada when he flew to Nairobi airport on March 26. The Kenyan government through its immigration officers claimed the adamant lawyer had no proper documents that could have allowed him to be allowed through.

Miguna – who holds dual Canadian citizenship – was detained after he flew into Nairobi on Wednesday and held at the airport, he and his lawyer said.

Kenyan authorities initially deported Miguna in February, saying he had rescinded his Kenyan citizenship when he acquired Canadian nationality but a court ruled he should be allowed back.

The ministry had denied that Miguna was being held illegally this week and said he had failed to follow arrival procedures when he landed in Kenya.

Kenya’s interior minister and police chief were both fined for contempt of court on Thursday (March 29) for failing to obey a judge’s order to free Miguna, in a sharp escalation in a standoff between the government and the judiciary.

High court judge George Odunga said both men had “conducted themselves in a most despicable manner not expected in this constitutional era” – an unprecedented rebuke of such senior figures.

Opposition groups and activists have repeatedly accused the government failing to respect the authority of the courts in political matters – a charge the government denies.