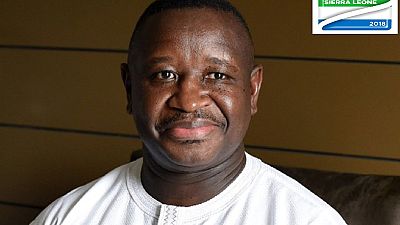 Sierra Leone’s new president, Julius Maada Bio, has appealed to the rival he defeated in an election run-off to drop a legal challenge against the result, and instead work with him in the new government.

Bio was declared winner late on Wednesday with 51.81 percent of votes and was sworn in hours later, but the ruling All People’s Congress (APC) candidate, Samura Kamara, who polled 48.19 percent, said the vote was marred by fraud and he would challenge the result.

“He is a resource. He has the expertise and the experience. And I think we can put those to work in addition to all that we have to make sure that Sierra Leone is a better place.”

The SLPP won the elections and we will form an inclusive government reflecting all aspects of Sierra Leone.

The two men have previously worked together during Bio’s brief stint as head of a military junta in 1996.

In an interview, with Reuters, Kamara, who is yet to concede defeat, said he is always ready to serve Sierra Leone.

“Julius Maada Bio and I have worked … together,” he said, adding: “I have a passion to serve Sierra Leone at any time.’‘

Sierra Leone Peoples Party (SLPP)‘s spokesman, Alie Kabba told AFP that the president had a “very warm conversation” with Kamara on the phone on Thursday. He added that they ‘plan to meet soon’.

The president is keen to establish a working relationship with APC which secured a parliamentary majority in the recent general elections.

While he won the presidential poll, in a parliamentary election held at the same time, Bio’s SLPP won only 47 of the 132 seats. Kamara’s APC got 67, a slim majority.

He has since appointed a transition team of 10 men and two women whose first task will be to “interface” between the new team and that of the outgoing president, Ernest Bai Koroma.

“The SLPP won the elections and we will form an inclusive government reflecting all aspects of Sierra Leone,” Kabba told AFP, refusing to say whether ministers could come from other political parties.

The vote to replace Ernest Bai Koroma, who could not run again for president due to term limits, was largely peaceful – a relief for a country of 7 million people which suffered a civil war in the 1990s that was fueled by the diamond trade and notorious for its mutilations and drugged-up child soldiers.