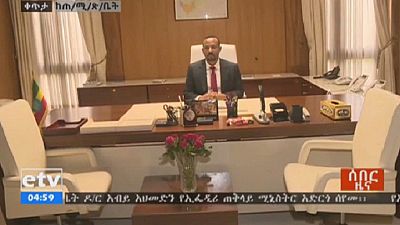 Abiy Ahmed, Ethiopia’s new Prime Minister, continues to receive messages of congratulations from his peers in Africa and from the global community.

Leaders in the East Africa region took the lead with Somalia’s Mohammed Abdullahi Farmaajo and Kenya’s Uhuru Kenyatta issuing tweets hours after Abiy was sworn in on Monday, April 2.

Both leaders expressed their continued commitment to work with Ethiopia in areas of mutual cooperation. A.U. President and Rwanda president Paul Kagame congratulated Abiy on March 28 when he was announced as new leader.

As chairman of the AU on behalf of other African leaders wanted to express our solidarity with the Ethiopian people & their leaders as they continue to find from within and among themselves solutions to the recent political problems they faced! Kagame said in a tweet.

Spoke on the phone and congratulated H.E Abiy Ahmed. I assured him of my commitment to deepen our bilateral relations in promoting trade and investment and strengthening security for the region. I have no doubt PM Ahmed would steer our cooperation to new levels.

I warmly congratulate my brother Dr Abiye Ahmed Ali
on his election as Chairperson of the Ethiopian Peoples Revolution Democratic Front (EPRDF) and endorsement by the Ethiopian Parliament as the Prime Minister of the Federal Democratic Republic of #Ethiopia.

The election is a clear demonstration of the trust and confidence the members of Council EPRDF have in Dr Abiye’s ability to lead the Party and the entire country in its aspirations for unity in diversity, peace and national development.

The African Union (A.U.) which is headquartered in the Ethiopian capital Addis Ababa, issued a statement in addition to a tweet by Chairperson Moussa Faki Mahamat who was part of the ceremony.

The statement read in part: The Chairperson of the Commission of the African Union, Moussa Faki Mahamat, congratulates Dr. Abiy Ahmed Ali on his confirmation as the new Prime Minister of the Federal Democratic Republic of Ethiopia, following the resignation of his predecessor, Hailemariam Desalegn. He welcomes the peaceful and smooth nature of the transition, which is a demonstration of political maturity. 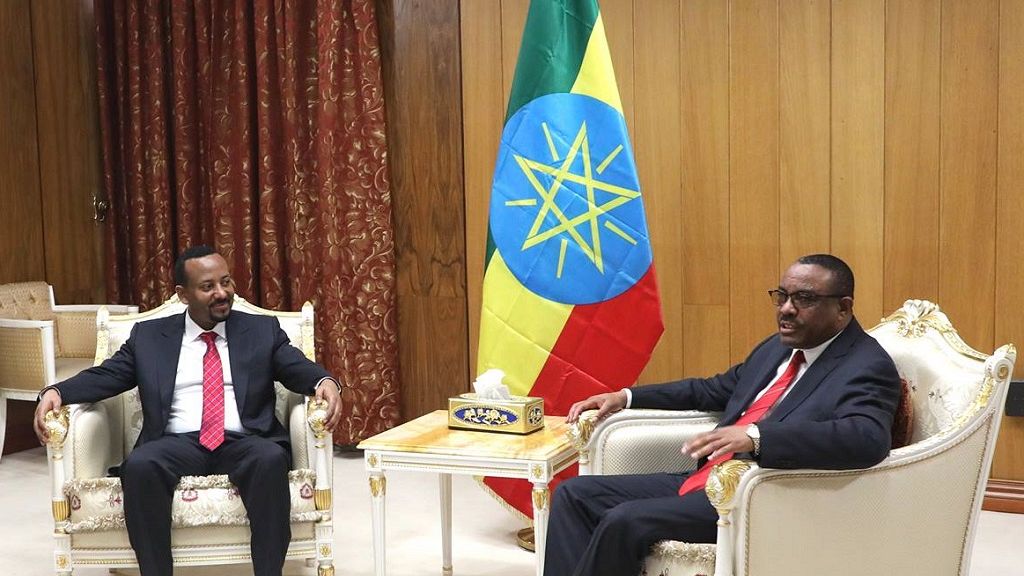 My warmest congratulations to the people and government of #Ethiopia with the assumption of office by Dr Abiy Ahmed as the country’s new Prime Minister.

The United States embassy in Addis Ababa whiles congratulating the new Premier said it was ready to deepen democratic and economic cooperation but reiterated its hope that the February 16 state of emergency be lifted.

Ethiopia has a new Prime Minister. Another peaceful transition of power in Africa. Congratulations to PM Abiy Ahmed. You can count on the support of the European Union,” said Neven Mimica, EU Commissioner for International Cooperation and Development

#Ethiopia has a new Prime Minister. Another peaceful transition of power in #Africa. Congratulations to PM_AbiyAhmed. You can count on the support of the European Union! ?? ?? #AUEU EUinEthiopia EthiopiaEU europeaid pic.twitter.com/xjsEsLxh3L

Congratulations and our best wishes to Dr. Abiy Ahmed as new Prime-Minister of Ethiopia! ?? pic.twitter.com/u3wCa2Ixcj