A top Kenyan opposition politician has been denied entry into the country despite a court order setting aside his deportation and asking the government to allow him back.

Miguna Miguna, a staunch ally of former Prime Minister Raila Odinga was deported to Canada on February 6 after playing a key role in a mock swearing-in staged by Odinga in January 2018.

A High Court subsequently overturned the deportation and ordered government to facilitate his return to the country. At the time of filing this report, Miguna had flatly refused to board a Dubai based flight after the authorities insisted he had to apply for a visa.

Local media network, Ktn, said Miguna had been held up at the Jomo Kenyatta International Airport (JKIA) and refused entry into Kenya because he had refused to apply for a visa.

The channel said he arrived on his Canadian passport because his Kenyan passport had not been reinstated as ordered by the court.

In an interview, he insisted that he was a citizen of the country by virtue of birth and did not require a visa to enter the country. “They want to take me to Dubai, I don’t know why, so I’m not going, I have refused to go. They say they now want to remove me by force, well, they will have to kill me first.”

He has severely lashed out at Raila over a reconciliation deal reached with president Uhuru Kenyatta describing the move as a betrayal of the people’s trust. Under the deal, government is to withdraw charges against all those involved in Odinga’s inauguration.

Miguna’s lawyers had also confirmed that they will no longer pursue the court case once he is allowed back. 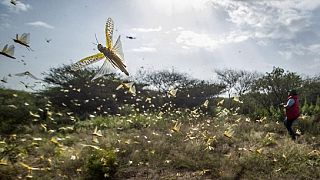