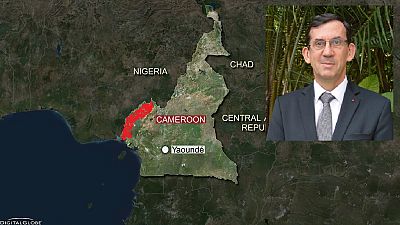 <p>The French government has declared Cameroon’s Anglophone regions a ‘no-go’ area for its nationals resident in the Central African country.</p> <p>In its latest travel advisory dated March 22, the government also warned against all but essential travel to areas like the far north region notorious for Boko Haram attacks and the area along the border with Central African Republic and Chad.</p> <p>French Ambassador to Cameroon, Gilles Thibault, on Monday tweeted that travel to the Northwest and Southwest (Anglophone regions) is now discouraged for travelers, except for imperative reasons.</p> <p>His tweet included a link to the French government’s Foreign Ministry website which had a detailed security alert on Cameroon. Except the southern border with Gabon and Congo republic, all other borders were classified no-go areas.</p> <p>The Anglophone regions of the country have been volatile since October 2017 following a secessionist plan to declare independence under the so-called Ambazonia Republic. </p> <p>The separatist group under the Ambazonia Defence Force (<span class="caps">ADF</span>) has launched guerilla style attacks on members of the security forces killing over twenty of them – soldiers, police, gendarmes.</p> <p>The government has increased its security operations in the region including the recent creation of a military region to be based in the capital of the northwest region, Bamenda.</p> <p>The separatists have also adopted the use of kidnappings in recent past. They have kidnapped a soldier and another top government official. Countries like the United States and Britain have all issued travel advisories in the past with respect to the two regions.</p> <p>Despite multiple calls for dialogue to end the clashes, there has yet to be concrete efforts in that regard. Meanwhiles Cameroonians continue to flee the region into neighbouring Nigeria. At the last count, the UN said over 20,000 Cameroonians had sought asylum in Nigeria.</p>