Immunotherapy brings hope in the fight against cancer 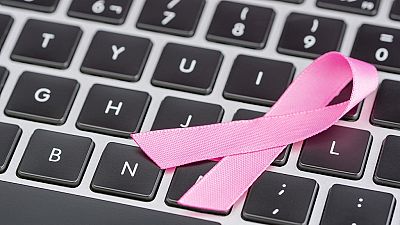 To beat cancer, this researcher believes in immunotherapy. The experiments at the American National Cancer Institute have already saved lives.

Fred Janick is one of the patients who participated in the trials… today he is cured. The treatment was successful.

“Studies, you hear about them on the news or read about them and everything, so you just hope it works for you. And so far, I think it’s working.”

This study is immunotherapy a technique that consists of injecting into the patient’s body a large quantity of white blood cells.

The method has been proven effective for curing blood and skin cancers.

Sue and Aricca both had HPV. Out of 18 who participated in the trial, they are the only two women cured

“At the verge of dying, I mean literally in agony, and I always say that I knocked on the door of death and no one was home. I finally came back. It’s really a violent experience,” says Sue.

The experiment even gave Dr. Hinrich a new lead. Sue’s cells have developed a gene sequence effective against cancer. It remains unsure whether other patients would effectively combat the disease in the same manner.
This discovery broadens the spectrum of immunotherapy’s efficacy. It brings hope in the fight against cancer.