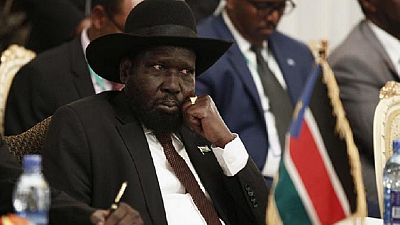 The South Sudanese government has dispelled reports that it wanted the venue of peace talks with the opposition to be changed from the Ethiopian capital, Addis Ababa.

The talks are led by the regional Inter-Governmental Authority on Development (IGAD) with the aim to revive a 2015 peace deal that parties have repeatedly failed to respect.

Reports emerged earlier this week that the South Sudan was considering a change in venue because Ethiopia was not conducive giving ongoing political tensions there.

But a statement attributed to the Transitional Government of National Unity (TGoNU) called the report false reiterating their confidence in Addis Ababa’s hosting the process.

“The TGoNU is committed to the Revitalization of the the revitalization of Agreement on Resolution of Conflict in the Republic of South Sudan (ARCSS) and stands ready to go for the phase three of the process in Ethiopia as soon as IGAD’s calls,” it added.

Ethiopia did not only host both the first and second phases of the revitalization forum, it also hosts thousands of South Sudanese refugees fleeing the civil war back home. The African Union (A.U.) has also been a key player in the fresh round of talks.

Ethiopia’s local political headache has led to the imposition of a state of emergency in February, a day after Prime Minister, Hailemariam Desalegn resigned his post to pave way for political reforms announced in January this year. The ruling coalition is set to announce Desalegn’s replacement in the coming days.

The South Sudan peace process is supported by efforts of the regional IGAD member states, the TROIKA, the EU, China and IGAD Partners Forum.