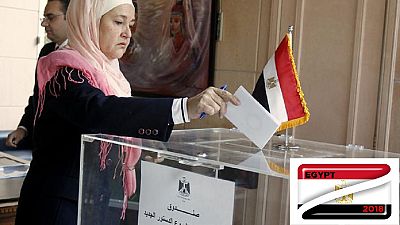 Egyptians in New Zealand will be the first to cast their vote in the presidential election, as the diaspora heads to the polls more than one week before their compatriots at home.

Deputy Foreign Minister Deputy Hamdi Loza, whose office oversees the elections for Egyptians abroad, said the first polling station to open its door for the voting process will be in New Zealand at 9pm local time on Thursday.

Loza told Egyptian media that all foreign missions have been provided with electronic scanners so voters’ identity cards and passports can be quickly scanned, noting that the whole expatriate voting process will be monitored by surveillance cameras linked with an operations room at the foreign ministry.

During my tour to meet with Egyptian communities abroad, they expressed their keenness to participate in the political process at any time. Their enthusiasm exceeded my expectations.

About 9.5 million Egyptians are eligible to participate in the upcoming presidential election and will cast their ballots on March 16, 17 and 18, in 124 countries all over the world in their respective embassies, consulates and diplomatic missions.

Only Syria, Yemen, Libya and Somalia will be excluded due to political and security reasons.

While the Central Agency for Public Mobilization and Statistics (CAPMAS) puts the number of Egyptians in the diaspora at 9.5 million, the Minister of Immigration Nabila Makram says there could be more since some people don’t have their data registered at the embassies.

“During my tour to meet with Egyptian communities abroad, they expressed their keenness to participate in the political process at any time. Their enthusiasm exceeded my expectations,” Makram told state news agency MENA during an interview in February.

Moussa’s Legal Advisor Samir Aliwa said Moussa enjoys a massive popularity in Algeria where he worked for many years, and he also has good relations with the Egyptian expatriates in the Gulf countries including Saudi Arabia, Kuwait and the United Arab Emirates.

Every Egyptian who lives abroad has the right to vote, as long as his/her name is registered in the voter’s database.

The elections in the diaspora will be supervised by high profile diplomats, accompanied by members of the Foreign Affairs ministry.