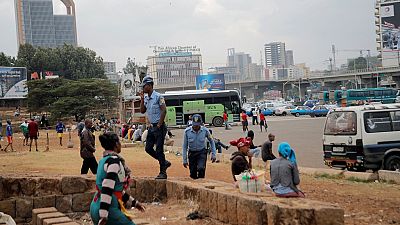 The Ethiopian government is using the February 16 state of emergency (SOE) to target persons critical of its decisions and activities, head of a rights group has averred.

According to Robert Mahoney, deputy executive director of Committee to Protect Journalists (CPJ) the authorities have also often failed to follow due process in detaining such persons.

“Ethiopia cannot again use the cloak of a national emergency to round up journalists and stifle critical voices,” Mahoney said in a CPJ statement reacting to the arrest earlier this week of Seyoum Teshome, a varsity lecturer and blogger critical of the SOE contrary to rules under the Command Post.

This is the second time that authorities ignored due process to detain Seyoum Teshome. He should be released immediately and unconditionally.

“This is the second time that authorities ignored due process to detain Seyoum Teshome. He should be released immediately and unconditionally,” Mahoney added.

Syoum, who publishes theEthiothinktank blog, was reportedly picked up by security forces on Thursday (March 8) at his home near the Woliso campus of Ambo University, where he lectures, witnesses told the Voice of America and Deutsche Welle news outlets.

Even though CPJ quotes reports that suggest the reason for his arrest and his whereabouts are not known, bloggers and activists say he is being held for views he expressed on the SOE and is in detention at the Maekelawi prisons.

The detention facility in Addis Ababa, reputed for its use of torture, was due for closure by government as part of political reforms announced in January 2018. Seyoum is no stranger to arrests, he was arrested in October 2016, days before a previous state of emergency was declared, according to CPJ research.

Under the state of emergency, authorities can carry out arrests and searches without warrant and close down media stations, according to a report by the state-owned Ethiopian News Agency.