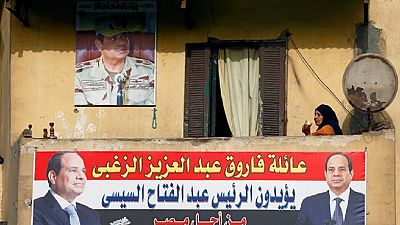 Egypt’s National Election Authority (NEA) has approved dozens of NGOs to observe and monitor the upcoming presidential election due to take place in late March.

Lasheen added that the African Union, Arab League and COMESA are among six political entities also have been approved by the NEA to observe the election.

The NEA announced the 2018 presidential election timeline on January 8, announcing the final list of candidates on February 24.

The official candidates for the presidential election include the incumbent President Abdel Fatah al-Sisi and Al-Ghad party’s Moussa Moustafa Moussa.

Voting will take place for three days starting March 26 domestically, while it will begin on March 16 for expatriates from 9 am to 9 pm in each country’s local time.

The winning candidate will be announced on April 2.

Sixty million eligible voters will cast their ballots in the election.