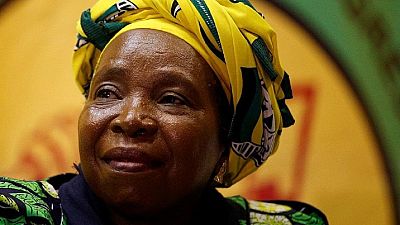 Earlier, reports emerged that Dlamini Zuma had told President Cyril Ramaphosa that she wanted to step down as an MP.

She is claimed to have cited exhaustion and wanting out of politics as her reasons for deciding to resign, Sunday Times reported.

Her appeal is that in conducting its duties the publication should in the least do so in a balanced manner and offer her the right to response at a minimum.

Dlamini Zuma’s representatives Mandown Media in a statement denied what they labelled “false and fake news reports” on her fatigue and resignation from Parliament.

“Dlamini Zuma has also noted with displeasure the several fake news stories carried by the publication in the past, some of which have received a sanction against the publication from the Press Ombudsman.

“Her appeal is that in conducting its duties the publication should in the least do so in a balanced manner and offer her the right to response at a minimum.”

Her representatives added that: “Dlamini Zuma wishes to emphasise that she remains at the service of South Africa as a member of the South African parliament, and no fake news will dissuade her from her duties. Dlamini Zuma remains a loyal member of the ANC collective as a branch, National Executive Committee (NEC) and National Working Committee (NWC) member and no mischievous attempts of wedge driving will persuade her out of the movement she has dedicated all her life to.

They reiterated that Dlamini Zuma remained “full of energy and was neither resigning nor fatigued”.