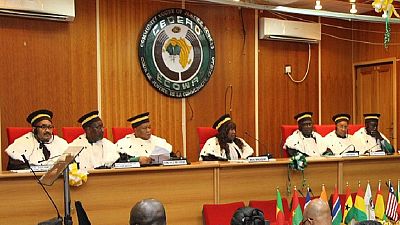 A regional court sitting in the Nigerian capital Abuja on Wednesday found that Jammeh-era media laws violated the right to freedom of expression in The Gambia.

The Economic Community of West African States (ECOWAS) Regional Court of Justice thus ruled in favour of petitioners who dragged The Gambia before the court over the particular set of laws.

The Federation of African Journalists and four Gambian journalists filed a case in the court in December 2015. They argued that their rights, including their rights to freedom of expression, had been violated by Gambia through the enforcement of laws criminalising libel, sedition and false news in the country.

These laws have done nothing but created a pervasive culture of persecution, violence, and injustice against those working in the media in Gambia under the regime of former President Jammeh.

Two of the journalists were also subject to torture whilst in the custody of the then notorious National Intelligence Agency following their arrests under these laws.

Arguments were heard by the court in October 2016. The case was supported by the Media Legal Defence Initiative (MLDI). Amnesty International filed an amicus brief in the case along with other freedom of expression organisations.

Although press freedom has dramatically improved under the new government of President Barrow, who was inaugurated in January 2017, these restrictive laws are still in place.

The ruling will set an important precedent as many countries within West Africa continue to use similar repressive laws to silence freedom of expression, and hinder the vital work of journalists, in violation of international and regional human rights law.

The ball is now in the court of the Adama Barrow government to repeal the said laws in order to realign the law to respect media freedoms.

Jammeh now lives in Equatorial Guinea, he is exiled after losing December 2016 polls and refusing to accept the results later. ECOWAS threatened to oust him which event forced him to leave.

Meanwhile Amnesty International’s West Africa researcher has hailed the ruling as a historic day for The Gambian media landscape. “Today is an historic day for Gambia’s journalists and human rights defenders who, for decades, have suffered torture, imprisonment or exile just for exercising their right to freedom of expression,” Sabrina Mahtani said.

“These laws have done nothing but created a pervasive culture of persecution, violence, and injustice against those working in the media in Gambia under the regime of former President Jammeh.

“Today’s ruling should spur the new government to waste no time in repealing these laws, to ensure it meets its responsibilities under international and regional law, and to lay a foundation for a strong human rights culture.”

“Our hope is that this ruling will also have a positive impact on other countries in West Africa where similarly restrictive laws are being used to prosecute journalists.”