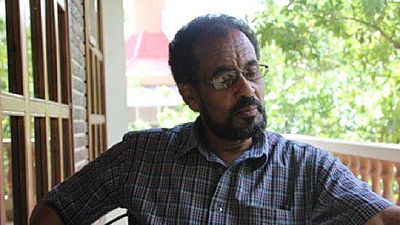 Amongst the seven is Bekele Gerba, a leading opposition figure detained since 2015. The six others were named as follows: Gurmessa Ayana, Addisu Bulala, Dejene Tafa, Getu Garuma, Tesfaye Liben and Beyene Ruda.

He said their respective cases had been reviewed by the federal Board of pardon and stressed that they will be freed as soon as the president approves their pardon.

Incidentally, Gerba and three of those set for release had only a week ago been handed 12 – month sentence over charges of contempt of court. The four were said to have refused to stand in court and also refrained from speaking to the judge.

The pardon is said to be part of the ruling EPRDF coalition’s political reform program announced in January 2017. Since the move was announced Federal and State (Oromia, Amhara) governments have released hundreds of detainees.

The biggest such was of Merera Gudina – leader of the Oromo Federalist Congress (OFC) which Bekele Gerba is a top official of. The trial of Gerba and others have been postponed severally with report indicating that he was suffering from an ailment.

Bekele along with about 20 others were arrested in late 2015 in connection with the Oromo protests that resulted in the death of hundreds of protesters. He is said to have acted in ways that incited violence.