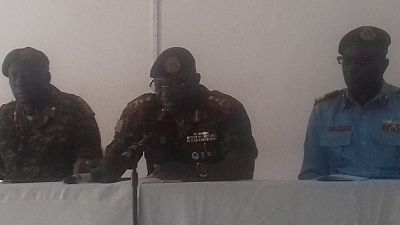 Two military allies of former Gambian leader Yahya Jammeh returned to the country because of strained relations with their former boss.

The two fled with Jammeh to Equatorial Guinea in January 2017. They sneaked back into The Gambia in January 2018 and were subsequently arrested at their respective homes.

A local journalist, Saikou Jammeh quoted the Defence chief Mansareh Kinteh as saying preliminary results of their investigations revealed that the detained former generals had fallen out Jammeh.

The army chief added that Umpa Mendy, Jammeh’s principal protection officer, and the former head of the State Guards Battalion Ansumana Tamba were dissatisfied with conditions in exile hence their decision to return.

At the time of their arrest, an army statement said: “They were arrested at their respective homes … and are currently detained at the Yundum Military Barracks, where they are helping the military police with their investigations.”

It is, however, not known under which law the two were arrested or what charges they are likely to be served with. Reports over the past months have stated that Gambia’s security remains fragile because it has lots of pro-Jammeh elements.

Gambia’s current President Barrow is still seeking to assert control following the end of 22 years of Jammeh’s rule under which the military served as a key pillar of a regime notorious for jailing and torturing political opponents.

Barrow was sworn in a year ago as a West African regional intervention force closed in on the capital Banjul forcing Jammeh, who had refused to accept his defeat in elections, to flee to Equatorial Guinea.