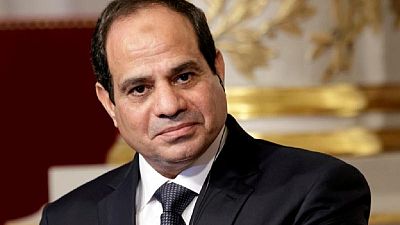 Nine suspected “terrorists” accused of been involved in attacks on the Egyptian Sinai Peninsula were killed during a police operation in northeastern Egypt, the Interior Ministry has disclosed on Sunday.

The group, located in Sharqiya province, northeast of Cairo, has been implicated in the attacks on “some security posts and military bases in North Sinai, killing many members of the armed forces and the police. “said the ministry in a statement.

Since the overthrow by the army of Islamist President Mohamed Morsi in the summer of 2013, the Egyptian security forces are confronting different extremist groups.

some security posts and military bases in North Sinai, killing many members of the armed forces and the police.

In the North Sinai region, which is cut off by security forces, ISIS is particularly active, targeting soldiers, police and civilians.

According to the ministry, the target cell was also preparing “a series of hostile operations targeting vital infrastructure” in this region.

The police also found automatic rifles and ammunition in the hideout of the terrorist group, which was used as a training ground for the manufacture of weapons and explosives.

According to the Egyptian Interior Ministry the police were able to arrest nine people with weapons and explosive devices in an operation in Cairo.