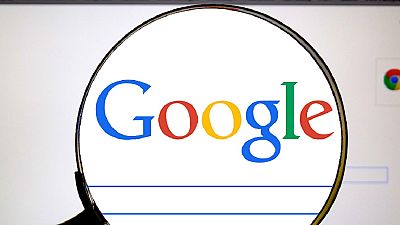 Online search engine giant Google has revealed that the term ‘*What is happening in Zimbabwe‘ was one of the top searches in many African countries in 2017.*

The latter part of this year saw quite a number of political developments in Zimbabwe involving former president Robert Mugabe and his wife Grace Mugabe, and his then deputy president Emmerson Mnangagwa that ultimately led to the installation of a new president.

The surge in online traffic within and outside Zimbabwe was enough to make the country qualify to be on Google’s Zeitgeist list or Year in Search for the first time.

Google Year in Search is a compilation of the top searches, personalities, events and search queries that had a spike in traffic over the last 12 months.

This year we searched “How” more than ever before. The questions we asked show our desire to understand, and ultimately improve the world around us. #YearinSearch https://t.co/IBWcPgz5uB

Zimbabwe’s search queries included questions like ‘what is bullying‘, ‘where is Mnangagwa‘, ‘what is impeachment‘, ‘where is Grace Mugabe‘ and ‘how to make love‘.

The other African countries featured on Google’s Year In Search are Nigeria, Ghana, Egypt, Kenya and South Africa.

South Africa’s biggest searches on Google in 2017 were celebrated actor Dumis Masilela who was brutally murdered in August and Cyclone Dineo while in Nigeria, they also, searched for Moji Olaiya, a veteran actress who passed on in May this year.

Nigerians were also concerned about the health of their president. Search term ‘Is Buhari dead‘ was the number one question on Google from Nigeria in 2017

The presidential elections in Kenya were a big conversation online with search terms ‘Kenya elections’, ‘IEBC Results’, ‘NASA coalition’ and ‘Jubilee Party’ featuring in the country’s top searches of 2017.

Ghanaians wondered why their fellow citizens were asking whether Sarkodie, Sonnie Badu and Ramsey are dead. Along with ‘who is the president of Ghana‘ and ‘what is the time in U.S.A., these were the most popular searches in the West African country.

That dead will be over my dead body because I know my intercession prayers for the protection and the preservation and increase in anointing of every super star in Ghana will never fail sarkodie and SonnieBaduuk if you guys die now, I guess that will be the downfall of Gh

Africa’s top searches didn’t feature in the global lists, likely because, the internet penetration rate in Africa is still low compared to the rest of the world.

According to Internet World Stats 2017, Africa’s internet penetration rate stands at 31.2%, which is a distant cry from countries like the United States of America whose penetration rate is at 83%.

Nevertheless, there were some trends that Africa shared with the world including the obsession with Bitcoin, popular TV shows and movies like Game of Thrones, 13 Reasons Why, Justice League, Wonder Woman and Thor Ragnarok.

The other popular searches in the world that were also popular in Africa were iPhone X and iPhone 8, the Money Fight featuring Floyd Mayweather and Conor McGregor and the record breaking ‘Despacito’ (most viewed video on YouTube of all time).

Natural disasters were a huge conversation in 2017 as people asked Google for ways of helping the victims. The Sierra Leone mudslides that claimed more than 1,000 people in August and the famine in Somalia were some of the crises that featured in the top searches, along with hurricanes, terror attacks, floods and refugees.

The internet increasingly plays a significant role in the lives of many Africans, especially in urban areas. It is used to express opinions in elections, satirise news events with memes like Githeriman in Kenya and in countries like Cameroon, the internet is a powerful tool that the government is eager to control and constantly shuts down in the restive Anglophone region.