Ivory Coast to pay off 'rogue' soldiers $110m to retire 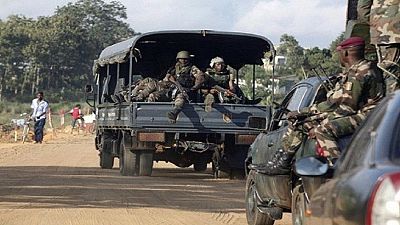 Ivory Coast will pay over 4000 soldiers $25,782 each as a retirement package designed to reduce the size of an unruly and mutiny-prone army.

The government had last week announced that it would retire up to 1,000 soldiers by the end of this year, with a plan of having 4,400 troops leave the army over the next four years.

While the military spokesperson did not reveal how much each soldier would receive upon voluntary retirement, documents obtained by news agencies outline a plan that would see each retired soldier receive an equivalent of 15 million CFA Francs.

The retirement plan is seen by diplomats and international observers as a step towards implementation of military reforms that are necessary to bring the Ivorian forces, estimated at about 25,000 troops, in line with ‘accepted standards’

Ivory Coast, which was Africa’s fastest growing economy in 2016 was hit hard by successive uprisings by low ranking soldiers. The last uprising in May this year which lasted five days as soldiers seized control of the country’s second largest city Bouake, ended with the government offering thousands of soldiers up to $12,000.

These costly bonuses coupled with the effect of plummeting cocoa prices have left Ivory Coast, the world’s leading cocoa producer, reeling with cash-flow problems and a tarnished image.

Ivory Coast is still recovering from a brief civil war fought after President Alassane Ouattara won a disputed election in 2010 but incumbent Laurent Gbagbo refused to step down.

Ouattara has struggled to assert his authority over the army, which was cobbled together in an uneasy merger of the northern New Forces rebels who supported him and the professional troops who had fought against him.