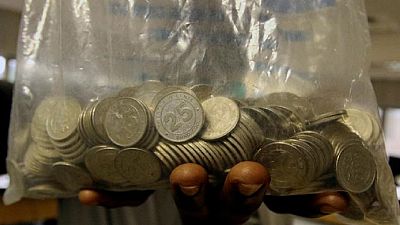 In a directive sent to the country’s financial institutions, the bank ordered that all accounts of ministers Jonathan Moyo and Savious Kasukuwere are identified and frozen.

The two ministers were influential members of the G-40 faction within the ZANU-PF that backed former first lady Grace Mugabe to replace her husband as president. The faction is accused of taking advantage of the president’s advanced age to engqge in criminal activities.

Following last month’s military takeover, the two ministers; Moyo of Higher, Tertiary Education and Technology Development and Kasukuwere of Local Government, Public Works and National Housing fled the country and there whereabouts are unkown since.

But Moyo tweeted that the directive spells doom for ordinary people and businesses, arguing that the accounts had been frozen without following due process.

Zimbabwe’s new government led by Emmerson Mnangagwa is working to revive the economy by stemming graft and wooing back investors. The president last month issued a three month for the return of funds siphoned out of the country by individuals and corporations.