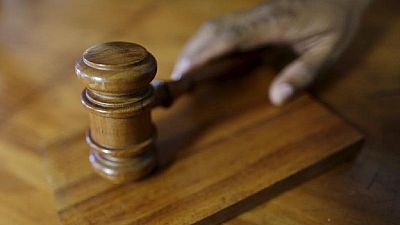 A Federal High Court in Ethiopia has handed varying jail terms to four people connected to a terrorist attack plot in the Oromia regional state. The state-affiliated FBC said the four had been jailed for being active to commit terror attacks.

All four persons were said to have contacts with the Oromo Liberation Front (OLF), a group which Addis Ababa has classified as a terrorist organization. They are said to have received military and political training from OLF and also passed on information to the group.

It named the first and second defendants as Tilahum Odessa and Adem Hussein respectively. It added that both convicts are residents of Kenya.

The first defendant is said to have tried to carry out an attack in the town of Shashamene in October 2015. The second was also arrested for leaking information to OLF. Odessa was handed a term of 4 years and 9 months whiles Hussein bagged 5 years and six months.

The third and fourth defendants were also said to have been active in seeking to carry out terror attacks having received orders from OLF leaders ‘sheltered in Kenya.’ They also received jail terms of four years and eight months each.

Ethiopia has traditionally held that anti-government forces seeking to sow chaos in the country were being backed by Eritrea and Egypt. Kenya, seen as a regional ally has hardly been mentioned in the past.

A recent United Nations monitoring group in its report on Eritrea and Somalia held that Eritrea continued to support groups working against instability in Ethiopia but added that such groups did not pose a potent threat in the general scheme of events.