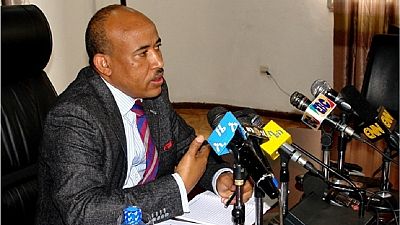 The Ethiopian government on Friday announced a ban on protest rallies across the country, the state-owned ENA reports. The move according to the authorities is part of a national security plan aimed at consolidating peace and stability in the country.

The defense minister, Siraj Fagessa, in a press briefing after a national security council discussion said the ban was a consensus decision by the council with the aim of preventing deaths and destruction of properties across the country.

The minister, however, admitted that parts of the country were becoming volatile after the lifting of the 10 – month state of emergency but Ethiopia was largely peaceful in its current state. The government has also vowed to prosecute officials complicit in compromising state security.

The security council meeting was chaired by Prime Minister Hailemariam Desalegn who according to ENA said peace and security was key to enable the public to fully concentrate and exert maximum effort in the fight against poverty.

Present at the meeting were chief administrators of the regional states, mayors of city administrations, heads of federal and regional security forces and commanders of the defense forces.

Ethiopia is seen as a key player in terms of security in the restive Horn of Africa region. Its internal crisis largely stems from the Oromo protests which led to the imposition of a state of emergency in October 2016.

After the lifting of the measure in August this year, there has been a seeming reemergence of the protests in recent times. Deadly clashes along the Oromia and Ethiopian Somali border stretch also led to deaths and displacements last month.

Away from home, Ethiopia’s border tensions with Eritrea remains a threat to the region. Addis Ababa is also engaged in the fight against Al-Shabaab militants in neighbouring Somalia and is also active in hosting South Sudanese refugees and in the peace process in that country.