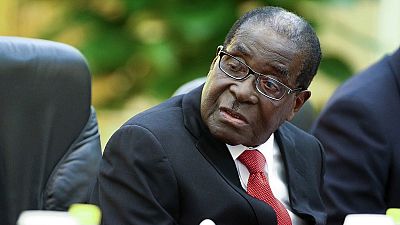 Zimbabwean President Robert Mugabe has rejected the participation of election observer groups from the West during the southern African country’s 2018 presidential election.

He said the non-governmental organisations funded by the West will not be allowed to observe the elections, local news portal NewZimbabwe.com reports.

“We don’t need them. We are saying no. We are going to have elections in 2018 and we are going to say no to the whites. We don’t mind their diplomats participating but the NGOs, no. We don’t want them at all,” he was quoted to have said in an interview last week.

Mugabe is reported to have said that the observer groups directly influence opposition parties including Kenya’s Raila Odinga who boycotted the election rerun on October 26.

They want to work with opposition parties all the time. In other words, they don’t have that impartiality of mind and judgment.

“They want to work with opposition parties all the time. In other words, they don’t have that impartiality of mind and judgment,” said the 93-year-old who is seeking to extend his term after 37 years in power.

His statement was condemned by the opposition MDC-T whose spokesperson Obert Gutu said the decision should be left with the electoral commission alone.

“His statements bastardise the elections, he is a player in this elections and surely he can’t also be the referee, it is supposed to be the job of ZEC to invite observers. What happens if other players also chose their own preferred observers?” he was quoted in the report.

Election observers have been accused of bias during some elections including Kenya’s presidential election of August 8 which was annulled by the Supreme Court citing irregularities.

The opposition National Super Alliance (NASA) party led by Raila Odinga pointed an accusing finger at election observers including the Carter Center led by former US Secretary of State John Kerry who stated that the elections were transparent.

Zimbabwe started registering voters in September for the 2018 general elections. The country will for the first time in its history use a biometric register.