Protests after assassination of Mozambique mayor on 'Day of Peace' 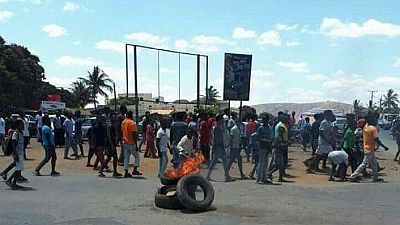 Residents in Mozambique’s northeastern city of Nampula engaged in protests over the assassination of their mayor, Mahumudo Amurane.

According to reports, the mayor was shot dead on Wednesday October 4, 2017, in front of his house. Amurane, a known anti-corruption crusader, was shot three times in his abdomen by unknown assailants according to police.

The day in question happened to be the ‘Day of Peace,’ an occasion on which the Mozambican government celebrates a peace accord ending years of war.

The 2017 edition marks the 25th anniversary of the day the country signed the Rome Peace deal. The said deal was signed between the ruling Frelimo and main opposition Renamo in 1992 as the formal end to a 16-year civil war.

People of Nampula, Mozambique’s third biggest city, took to the streets to protest the murder and to call for action to be taken. Social media photos shared by a Human Rights Watch researcher showed people burning tyres in the middle of roads.

The motive for the killing is not known as police continue their investigations. He won his mandate with the opposition Mozambique Democratic Movement but was planning to seek reelection as an independent candidate after a fall out. The next municipal elections are scheduled for 2018.