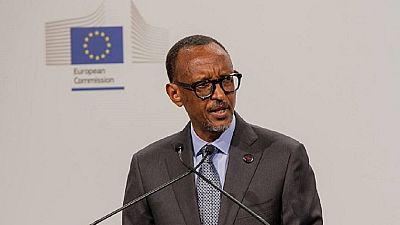 A group formed by missing critic of Rwandan president Paul Kagame is calling on citizens to rise up and tell the president that enough is enough.

Diane Rwigara, who was declared missing earlier this week, formed the People Salvation Movement – Itabaza, in July this year. The group issued a statement calling for her immediate and unconditional release from detention.

‘… we are calling to all Rwandans from North, South, East and West of the Country to stand up and voice their anger against the injustice, oppression and to ask for the political and economic security. Rwandans should stand up and tell the government that enough is enough and fight for their rights,’ the statement read.

Rwandans should stand up and tell the government that enough is enough and fight for their rights.

Police deny having arrested her despite confirming that they had raided her residence in connection to with charges of forgery during her filing of nomination to contest in the August 4 presidential polls.

The elections body disqualified her for failure to submit the required number of signatories and for including details of dead persons. Her family’s tobacco business is also under probe under charges of tax evasion.

The statement signed by one Raymond Kayitare, a media and communication assistant, was posted on Rwigara’s known twitter handle. It was largely critical of the Kagame regime describing it as authoritarian, coercive and oppressive.

Rwigara has repeatedly accused Kagame of stifling dissent and criticised his Rwandan Patriotic Front’s near total hold on power.