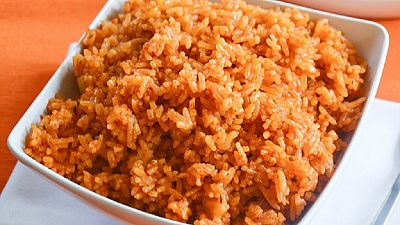 2017 is the year of the Jollof rice – a reddish one-pot dish prepared with rice and tomato sauce with alternative ingredients that slightly vary by country.

Very popular in Senegal, Gambia, Nigeria, Sierra Leone, Liberia, Togo, Cameroon, Mali and Ghana, the Jollof rice has made headlines this year over which country prepares the delicacy best.

The debate started from social media and peaked to the presidential level with Nigerian Vice President Yemi Osinbajo saying Nigeria has the best of the West African delicacy.

He defended his country in May after Information Minister Lai Mohammed’s internationally televised assumption that Senegal makes the best Jollof rice.

Lai Mohammed’s words were described as treasonous by Nigerians on social media who attacked him for betraying them in a decade-old battle with Ghana over who has the best Jollof rice.

Celebrities, politicians and businessmen have waded into the war including Mark Zuckerberg who gave it a taste in Nigeria but stayed on the fence.

The virtual battle has since been transformed with the hosting of Jollof Rice Festivals to gain bragging rights.

In July, a three-nation “Jollof War” contest was organised by a local radio station in Ghana with Senegal winning the competition.

Ghana came second with Nigeria trailing. The organisers – 3FM – say they will make it an annual event.

Weeks after, the first Jollof Festival was held outside Africa in the United states capital Washington D.C.

Nigeria won after about 600 people went through a blind tasting to decide who was the King of Jollof.

Last week, Nigeria’s largest city Lagos organised its inaugural Jollof Festival and hundreds of people attended the fair at a former railway yard where different kinds of the delicacy were displayed.

Ghana went competitive again this past weekend with the Jollof Rice Competition organised by the Ghana Tourism Authority (GTA) as part of activities marking the Jollof Festival.

Gambia won the competition by preparing theirs without tomatoes but with mustard, fish and other ingredients, making their Jollof yellowish-white.

With the numerous Jollof rice competitions ongoing, we will see the title change hands but the delicious meal remains.

Watch the video below to see how Jollof rice is prepared.