Tanzania to get over $300m from Bill Gates for health, poverty reduction 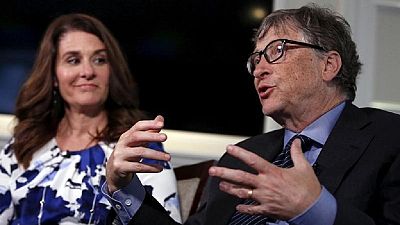 Bill Gates has told Reuters his foundation plans to spend more than $300 million in Tanzania this year on public health and poverty reduction programmes.

In an interview, the billionaire said aid was now being spent “in a smarter way” in some parts of the world.

“Some countries have made good progress in the reduction of childhood deaths and reduction in poverty, with Tanzania being a good example,” said Gates, during a visit to the east African country.

Some countries have made good progress in the reduction of childhood deaths and reduction in poverty, with Tanzania being a good example.

“I see a chance for the eradication of malaria and HIV/AIDS, but that’s gonna take a lot of science and a lot of investment.”

The Bill and Melinda Gates Foundation has spent billions of dollars on aid projects worldwide in recent years, much of it in Africa.

Gates said he was hopeful that the U.S. Congress would continue to resist President Donald Trump’s plans to make deep cuts to development aid.

“Trump did propose a big aid cut, but Congress … pushed back on those proposals. It’s clear they may not cut that much aid,” he said.

The U.S. government pledged in May to give Tanzania a $526m aid package this year through the President’s Emergency Plan for AIDS Relief programme.