Kenyan Member of Parliament Peris Tobiko is on the last stretch of a campaign to retain her seat when voters go to the polls on August 8.

Running under the ruling Jubilee Party in Kajiado East, a county 80 kilometers south of the capital Nairobi, Tobiko is one of few female MPs in a national assembly dominated by men.

Winning the seat in 2013 made her the first Maasai woman MP in history.

The manner in which funds have been utilized in Kajiado East has amazed everyone. People ask me if the government has given me extra money compared to what other constituencies get.

She fought a tough race against her opponents that included threats and curses from Maasai elders saying it was against tradition for women to take up leadership positions.

This time Tobiko is campaigning on a proven track record.

“The manner in which funds have been utilized in Kajiado East has amazed everyone. People ask me if the government has given me extra money compared to what other constituencies get. I did not get any extra money. I have only managed what was allocated to me, and made sure it serves you well,” Tobiko said.

Tobiko has been lauded for introducing a number of development projects, including drilling boreholes to provide water for residents of the semi-arid area, as well as empowering women and the youth.

The 42-year-old mother of four grew up in a community where educating girls is not always a priority and parents marry off their daughters at a young age.

Kenya has East Africa’s lowest female representation in parliament at 19 percent and women have struggled to make gains in the face of violence, intimidation and sexism.

In East Africa, nearly two-thirds of Rwandan lawmakers are women, and in neighbouring Uganda and Tanzania women make up more than a third of legislators.

In Kenya, a fifth of lawmakers are women – the same proportion as Saudi Arabia.

Since entering politics, Sarah Korere has been insulted, shot at, slapped by a colleague and cursed by tribal elders
“It has been four years of very rough and very tough times for me and at times I was even threatened. My vehicle would be shot at and actually one time my vehicle was shot at, at a place called Dol Moran but that has not yet stopped me,” she said.

Women usually lack the political clout and money to get nominated by the main players in primaries, where voters choose party candidates, often amid violent clashes.

Hopes for better, female representation were raised in 2010 when the constitution guaranteed women a third of seats in all political offices, but the male-dominated assembly has repeatedly frustrated efforts to pass a law to enact the quota. 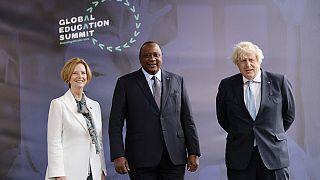 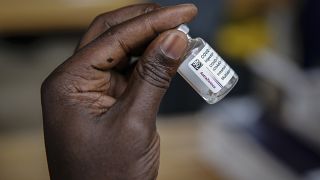 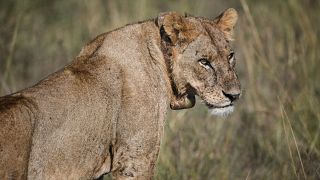