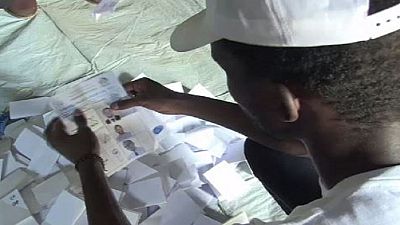 Vote counting is underway in Rwanda after a massive turnout for the country’s presidential election estimated by the Chair of the Electoral Commission at 80 percent.

Members of the public are allowed to follow up the counting process from their respective polling centres.
The head of the Commission says there was no major incident during the vote.

Three presidential candidates—incumbent President Paul Kagame of the RPF, Frank Habineza of the Democratic Green Party of Rwanda, and independent Philippe Mpayimana are vying for the presidential seat.

Kagame’s supporters laud his efforts towards boosting economic growth and development since taking office in 2010 while critics accuse him of suppressing political freedoms.