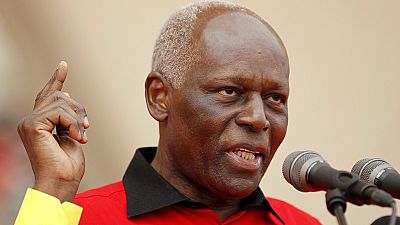 The son-in-law of Angolan President Jose Eduardo dos Santos said on Thursday that a Congolese court had sentenced him in absentia to one year in prison for real estate fraud, a move that could further strain relations between the neighbouring countries.

Sindika Dokolo, a Congolese businessman and art collector, is married to dos Santos’ billionaire daughter Isabel and is an outspoken critic of Democratic Republic of Congo President Joseph Kabila.

He denounced Wednesday’s verdict, delivered by a court in the capital Kinshasa, as politically motivated.

“This conviction is so crude. It seems that Kabila and the ANR (intelligence service) are no longer even concerned about appearances,” Dokolo told Reuters. He said he had previously been acquitted in the same case.

Kabila’s chief political rival, the former governor Moise Katumbi, was also convicted of real estate fraud last June shortly after he announced his candidacy to stand in an election to replace Kabila.

That election was originally scheduled for last November but has been indefinitely postponed, triggering violent street protests last year that killed dozens of people.

The government says the delays are due to challenges registering millions of voters. Opposition leaders accuse Kabila of trying to cling to power.

A Congo government spokesman said he was not aware of Dokolo’s conviction. Authorities have repeatedly rejected allegations that Congo’s justice system is targeting Kabila’s opponents.

Dokolo has emerged in recent months as one of Kabila’s fiercest critics, especially on Twitter, following the president’s refusal to step down when his constitutional mandate expired in December.

After Wednesday’s verdict, Dokolo wrote on Twitter: “I have just inaugurated a $400 million factory. Kabila has condemned me to one year in prison over a plot of land.”

He also posted a photo of himself alongside Angolan Defence Minister Joao Lourenco, the ruling party’s candidate to succeed dos Santos in an election next month, writing that Lourenco has “a deep mastery of the DRC dossier”.

Relations between Congo and Angola, longtime allies, have soured over the past year due to growing Angolan frustration over Congo’s political instability and an insurrection in central Congo that has sent 30,000 refugees spilling across the border since last August.

In December, Angola withdrew military trainers it had sent to Congo, where wars at the turn of the century killed millions and sucked in more than a half-dozen neighbouring countries.