Kenya to add value to gems and precious metals 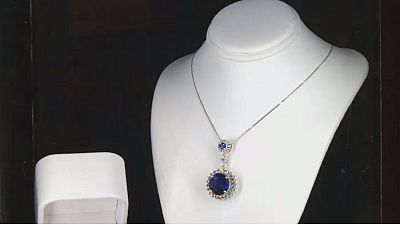 Kenyan traders in gems and precious metals will begin exporting finished products after the government said it has put up a value addition center in the south of the country.

The East African nation has gemstones like tsavorite, blue sapphire, and rubies among others but most miners sell off their finds in uncut forms
.
The announcement came as the country hosted its first Gems and Jewellery Trade Fair in Nairobi from 6 – 7 July, attracting investors, and buyers from around the world.

The just concluded fair, organized in part by the Association of Women in Energy and Extractives in Kenya (and Kenya’s Changer of Mines will be an annual affair and is part of efforts to boost the country’s position in the industry.

We would want to be at the forefront, working with the ministry and working with government to re-establish Kenya as a gem hub and ensure that we are not only displaying our wares.

“We would want to be at the forefront, working with the ministry and working with government to re-establish Kenya as a gem hub and ensure that we are not only displaying our wares, we are not only displaying our gem stones, but that this whole process and as the trade grows, and as the market grows, that it can catapult and catalyse the industry to engage further in value addition,” said Chairperson, Lucy Githaiga.

According to the World Bank, the number of artisanal miners in Africa stood at 30 million in 2016 from about 10 million from 15 years ago.

Kenya’s mining sector is a relatively small contributor to national output, accounting for less than 1 percent of economic output its revenues are expected to grow.

The government is already reviewing new mining legislation enacted last year to attract investment and get more people into the sector.

“This act is set to promote mining as an sector, hence to improve the standards of living for Kenyans, especially those in communities as under it, mining resources are distributed fairly by the national government, and we’ve put this in law,” Dan Kazungu, the cabinet secretary for mining said at the trade fair.

Athanas has been mining precious stones since 1972. He says the industry has changed a lot since the days when everyone went rushing to find gems on their own with nothing but a pick and shovel but government support is crucial.

“If the government supports us and continues conducting these seminars and to educate us as we get to interact with investors and buyers. This will really help in growing the sector as the number of miners will also increase,” he said.

Government recognition and support expected to boost the industry by getting more small scale miners licensed and contributing to tax revenues after years of illicit trade and smuggling of gems out of the country.