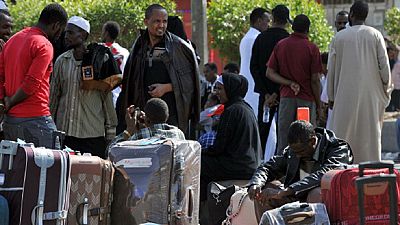 The Ethiopian government has been granted one month extension to remove its undocumented citizens who are stranded in Saudi Arabia after the elapse of the 90-day deadline.

Ethiopian Ambassador to the UK, Hailemichael Aberra confirmed the extension to the BBC on Friday saying “Ethiopia is trying its best to welcome the people from Saudi Arabia”.

“A taskforce has been established at several levels … 110,000 have been registered and the others are being encouraged to register to get their visas and come back home,” Aberra said.

Ethiopia’s Ministry of Foreign Affairs had said last week that out of the over 400,000 citizens in the Gulf country, only 45,000 have returned home.

A taskforce has been established at several levels ... 110,000 have been registered and the others are being encouraged to register to get their visas and come back home.

The government is facilitating the issuance of exit visas for the returnees and to help facilitate the repatriation via the national airline Ethiopian Airlines.

Local media report that a number of them have complained of inability to afford tickets to leave the country.

Saudi Arabia announced in March the 90-day grace period for undocumented migrants to leave the country or face a prison sentence, fines and then deportation after serving the prison sentence.

This follows a similar campaign launched in 2013 that saw more than 2.5 million undocumented migrants leave the country.

The move is part of Saudi’s national campaign to rid the country of the huge number of illegal migrants. 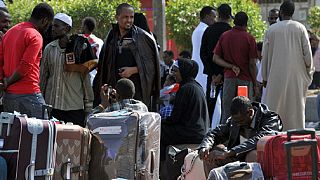 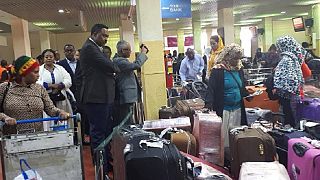