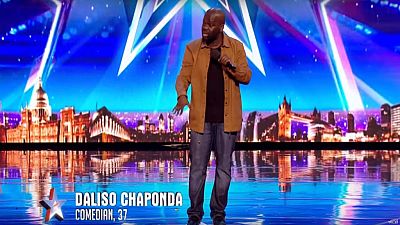 Malawian stand-up comic Daliso Chaponda places third in the 2017 Britain’s Got Talent final show in the United Kingdom where he is based.

He missed the £250,000 cash prize but charmed the world despite stiff competition from 10 other acts in the live final on Saturday night.

In the preliminary stages of the competition in early May, the celebrity judges gave the 37-year-old comedian and comic writer a standing ovation, and the highest nod – the Golden Buzzer – to proceed to the live semi-finals after his five-minute skit.

Daliso Chaponda has lived in the United Kingdom for 10 years and has performed widely in South Africa, Malawi and Kenya among other African countries.

He began his comedy career in Canada and has performed around the world including Melbourne, Edinburgh, Singapore and Cape Town Festivals.

He is also a playwright and fiction writer.

The internet embraced the comedian only to be trolled on social media for a scandal in Malawi involving his politician father.

Daliso is the son of former Malawian Agricultural Minister George Chaponda who was sacked in February by President Peter Mutharika for his alleged involvement in corruption over a Zambia-Malawi maize procurement deal.

The comedian faced internet trolls from Malawi who linked him to his father’s scandal. But now, his performance at the Britain’s Got Talent has won him a bigger supportive audience worldwide who hailed him at the end of the show.

He lost the top spot of the 11th edition to pianist Tokio Myers but signed a management deal which will give his career a boost.

This has been a wonderful, insane roller coaster. Thanks #bgt . It’s brought me a huge audience who i will now pummel frequently with jokes! 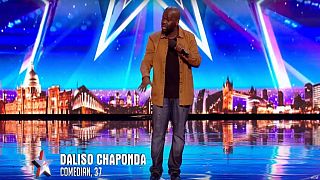