Mugabe is an oppressor Zimbabweans trusted as a liberator – Protest Pastor 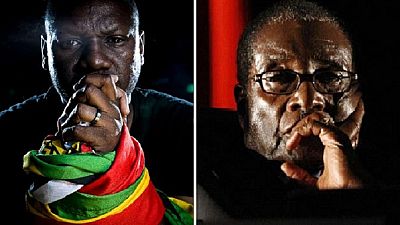 Evan Mawarire, the Zimbabwean pastor turned politician who started a wave of anti-government protests in April last year has described President Robert Mugabe as an oppressor.

Mawarire who is behind the #ThisFlag movement said despite Mugabe’s oppressive tendencies, most Zimbabweans (especially the war veterans) trusted him as a liberator. The 93-year-old has been the only political leader the country has known since independence in 1980.

According to Mawarire, the April 2016 video which went viral on Twitter was a cry for his nation whose youth have dreams but those dreams have been snatched from them by ‘selfish, uncaring and evil’ politicians.

My parents who had gone to the war to help liberate our country couldn't have guessed that 37 years later, their 40-year-old son will be involved in trying to pry our nation free from the clutches of an oppressor – who they had trusted as a liberator.

‘It (the video) was a call to action by every Zimbabwean to stand up and speak up against corruption, injustice and poverty. Zimbabweans from everywhere responded in ways that not even I could ever have predicted.

‘‘I was three-years-old when Zimbabwe gained independence from British colonial rule in April 1980, my parents who had gone to the war to help liberate our country couldn’t have guessed that 37 years later, their 40-year-old son will be involved in trying to pry our nation free from the clutches of an oppressor – who they had trusted as a liberator.

‘‘Our citizens have been cowed through intimidation and all sorts of machinations into submission and into silence. The liberty that they fought for and that they voted for have today become nothing but a line in a speech and a lie to those who gave their lives for our freedom,’‘ he added.

He was speaking as one of many guests during the 9th Oslo Freedom Forum, a human rights promotion platform that pools together people pushing for change in their societies. This year it took place between May 24 – 26 in the Norwegian capital, Oslo.

During the Forum, industry leaders and rights defenders unite for compelling conversations and electrifying presentations aimed at changing people’s perception of the world.

You can watch his full 14-minute presentation at the event.

Mawarire was arrested by police in February 2017 while returning from a six-month exile in South Africa where he had fled after he had been briefly locked up. He is accused of violence and attempted sabotage of the government.

The prosecution also alleges that the activist used social media to urge Zimbabweans across the globe to revolt against President Robert Mugabe. He was released on bail after spending some time in jail.

Although not affiliated with any political party, Mawarire has announced that he was considering running for the 2018 general election against President Mugabe. 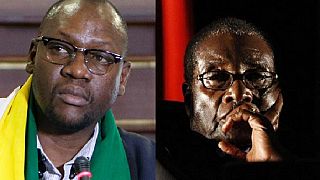 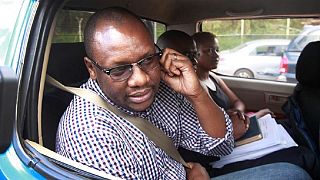