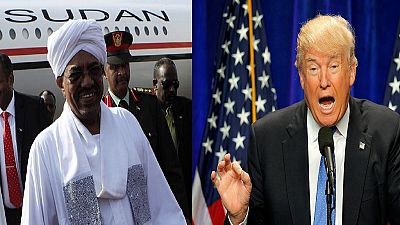 Sudan President Omar al-Bashir will travel to Saudi Arabia on Friday but there is no confirmation he will meet with U.S. President Donald Trump, who will also visit the country, Foreign Minister Ibrahim Ghandour said on Wednesday.

“I can confirm that President Bashir will go the day after tomorrow to Saudi Arabia,” Ghandour told reporters in Geneva, declining to confirm whether Bashir would speak with Trump.

Ghandour also said the U.N. special envoy to Yemen had proposed a humanitarian ceasefire in Yemen during the month of Ramadan and he hoped it would take effect.

U.S. President Donald Trump is scheduled to attend the Arab Islamic American Summit in Riyadh which will over 50 leaders from Muslim countries around the world.

In 2005, the UN Security Council asked the ICC to probe crimes in the western Sudan region of Darfur, where according to UN figures, some 330 000 people have been killed in a conflict between Khartoum and mostly black African insurgents.

The tribunal issued arrest warrants in 2009 and 2010 for Bashir for alleged crimes related to the conflict. He has steadfastly denied the charges.