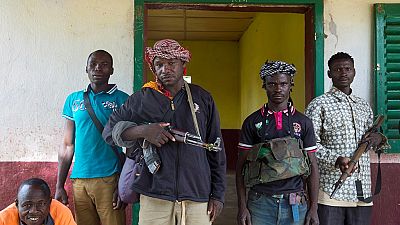 Militia fighters from Central African Republic’s (CAR) Christian minority attacked a U.N. base for the second consecutive night, a U.N. official said on Sunday, after a week of violence that has killed six peacekeepers at the southeastern border.

Access to the town centre of Bangassou to recover the wounded and the dead has been impeded by fighting although 24 injured people had been treated at a nearby hospital, medical charity Médecins Sans Frontières said.

Fighting in and around Bangassou, in a region on the Congolese border previously sheltered from years of conflict, has also caused an undetermined number of civilian deaths. An attack on Monday on a U.N. convoy killed five peacekeepers.

Radio France International, citing a local source, said hundreds of fighters had taken part in the attacks this weekend and had killed at least 30 people. It was not immediately possibly to verify the toll.

“They fired on the camp overnight and we responded,” said Herve Verhoosel, spokesman for the U.N. mission (MINUSCA) by telephone from the capital Bangui. “We don’t think that this is over and it is likely that the assailants return.”

In recent months, roaming militias spurred by ethnic and religious rivalries have stepped up violence despite pledges to take part in a government-led disarmament programme.

Aid workers say that militias seem to be exploiting security voids after Ugandan and French soldiers left in the past few months when their missions ended.

U.N. Secretary General Antonio Guterres said on Sunday he was “outraged” by the attacks on the 13,000-strong mission.

Prime Minister Simplice Sarandji condemned the attacks in a statement on local radio on Sunday and said those responsible would be brought to justice.