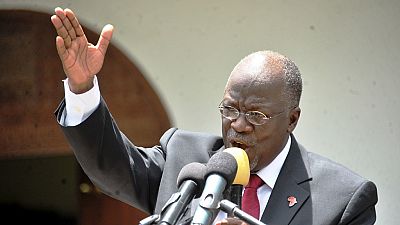 9,932 civil servants have been ordered to resign after an audit named them to have gained employment with fake certificates.

President John Magufuli, who received the nationwide audit report from state minister Angela Kairuki on Friday, said their salaries for this month should be withheld and the law should be applied.

He gave them until May 15 to resign or face legal action.

They should be dragged to court “so that they could be jailed for seven years as the law says. They are thieves like any other thieves … You cannot perform if you don’t have deserving qualifications,” he was quoted by local media The Citizen.

They are thieves like any other thieves ... You cannot perform if you don't have deserving qualifications.

President Magufuli also directed the Prime Minister to immediately publish the identities of the accused who either had forged documents or none at all.

435,000 civil servants were cleared during the nationwide audit, Ms Kairuki said, adding that 1,538 certificates were used by 3,076 civil servants.

Last year, the government cleared over 10,000 non-existent workers from the civil service payroll that cost the country millions of dollars per month.

Tanzania spends more than $260 million per month to pay salaries of civil servants.