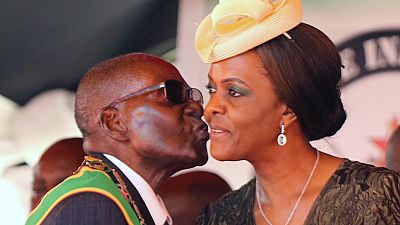 Zimbabwean President, Robert Mugabe, has said citizens are now masters of their own destiny thirty-seven years after attaining independence from the British.

The 93-year-old was speaking at the Harare National Stadium where the country was celebrating its 37th independence anniversary.

“Fellow Zimbabweans, now we enjoy the fruits of our independence and we can now call ourselves the masters of our own destiny,” he however cautioned, ‘‘We, however, need to be mindful that our assignment is not yet over.’‘

Fellow Zimbabweans, now we enjoy the fruits of our independence and we can now call ourselves the masters of our own destiny. We, however, need to be mindful that our assignment is not yet over.

Despite the economic turmoil, political instability, and massive protests against the Mugabe regime, many Zimbabweans are celebrating the independence they gained on 18 April 1980.

He lighted the Independence flame before inspecting a guard of honour mounted by the security forces. The President addressed a wide range of issues during his speech, he touched on measures the government over the last three decades was undertaking to ease the plight of nationals.

He mourned recent natural disasters that led to the loss of life and property, promising that the state will undertake efforts to improve social amenities by constructing educational and health facilities across the country.

He lauded gains made in the energy sector and assured small-scale businesses of increased government support. The anticipated growth of the tourism sector was another area he highlighted.

‘‘We need to continue as true patriots and citizens to create a conducive environment for all regardless of political affiliation,’‘ he is quoted to have said.

The event was well attended by security chiefs, by school children and a large cross-section of citizens.

The parade stands at attention pic.twitter.com/i8RACgLIsC

The guard of honour prepare to march. #Zim37 pic.twitter.com/UdQcKp4F0I

Opposition leaders and supporters have expressed disdain towards the celebration, calling for a commemoration rather than a celebration given the ‘hard times’ that Zimbabweans are living through.

“We commemorate and not celebrate because the stinking poverty around us and the extreme suffering of the people is not worth celebrating. Our current sad national predicament is not commensurate with the sacrifice we made as a nation in the brutal struggle for our independence,” leader of the opposition Movement for Democratic Change (MDC-T) party, Morgan Tsvangirai said in a statement.

Spokesperson for the People’s Democratic Party (PDP), Jacob Mafume, also told local portal News Day that Zimbabweans have nothing to show for the independence being celebrated.

“We have so many years of so-called independence, yet Zimbabwe families are desperate and have nothing to show for all the years. The political independence is all but lost, as a number of laws make sure you can be taken to court for your beliefs and opinions, the irony being that those taken to court are the lucky ones, as the others are simply beaten or have food denied them,” he said.

Zimbabwe is due to hold its next presidential and parliamentary election in July 2018. 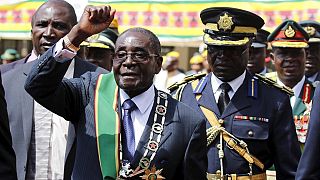